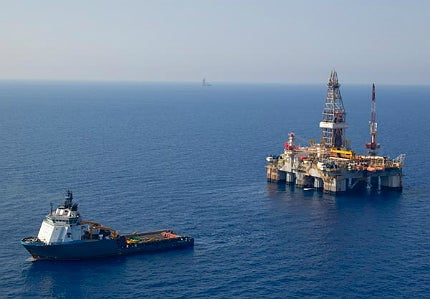 The discoveries by US-based Noble Energy and its partner, Israel-based Delek, of the Tamar field in 2009 and Leviathan in 2010, which together are estimated to be the largest deepwater gas discoveries in the world in the past decade, were expected to assure Israel of a plentiful supply of gas and alleviate its reliance on imports.

The security would protect Israel from another supply crisis, such as in 2011 when an Egyptian-to-Israel pipeline was repeatedly bombed after the Egyptian uprising.

Domestic needs are now secure, but Israel’s Energy and Water Minister’s problems are far from over; the real challenges have just begun. To make Leviathan and further discoveries commercially viable for companies, an export solution needs to be established and then built, which is proving difficult due to the geopolitical tensions with neighbouring countries Turkey and Lebanon. Other factors, such as the complex geology of the area, a lack of specific expertise due to a notable absence from major companies and perceived security issues are also exasperating the issue.

"To make Leviathan and further discoveries commercially viable for companies, an export solution needs to be established and built."

As a second-tier company Noble Energy has shown itself to be very competent offshore Israel. However, for further and full exploitation of oil and gas in the area and to create a successful gas export strategy, plus scale back Noble Energy’s monopoly of the area; Israel needs to attract other companies to the region fast, but this has proved arduous in the past.

One seemingly insurmountable issue is the absence of the majors from Israeli waters.

"Israelis would love to see the big majors enter their water," says Roi Feder, managing director for APCO Worldwide’s Tel Aviv office. "But most do not think the majors will come to Israel due to the political issues."

He points out that most other multinationals from other industries – high-tech, pharmaceutical, consumer goods, cosmetics, automotive – are all in Israel.

Matthew Guite, director of Subsea, Pipelines and Risers for front end engineering consultancy Theon Ltd, agrees this situation is unlikely to change, particularly in the case of oil.

"It seems unlikely that the size of the fields will be sufficient for any major oil company to risk their investments and future prospects in the Middle East."

The US Geological Survey estimates $1.7bn of oil offshore Israel, but despite this no commercially-viable discoveries have been made.

This may be because the geology in the area is particularly challenging; the depth of the seabed, in many cases, is 2,000 metres deep, which requires a certain level of expertise when drilling – another reason to attract more experienced companies.

Shemen Oil and Gas recently drilled offshore of Israel but found a dry hole. Feder says he thinks people in the industry would say Shemen failed because they just didn’t have enough experience.

"The geological make-up of the rock is quite complicated and you need companies with a lot of experience and there aren’t that many companies that can go ahead and successfully drill. Noble was one of those companies."

Noble is currently looking for oil in Leviathan deep and in November announced signs of petroleum near the Tamar field, but it is yet to release further details.

Concerns about security issues in the area are possibly deterring second tier companies form entering the region. Feder disputes there is a security threat offshore of Israel. He concedes Israel is a "volatile region" but says the country has the technological capabilities and infrastructure to deal with any kind of threat.

"In many ways it is actually the most secure place in the region right now."

Guite agrees, saying there has been little interference or additional risk in operating at sea offshore Israel.

"However, onshore bases and travel to and from offshore vessels remains a high security risk that needs to be investigated on a case by case basis," he warns.

Feder believes companies should be attracted to Israel because it has "strong capital markets and it is a place you can raise money. Access to government is pretty easy and straight forward, regulations are now in place, policies on gas are very clear and policies on oil haven’t changed in a few decades," he assures.

Although "it’s too early to give details", Feder says he has been in talks with a few second-tier companies which are looking "seriously" at the opportunities offshore of Israel.

"The US Geological Survey estimates $1.7bn of oil is offshore of Israel, but despite this no commercial discoveries have been made."

"If you are going to encourage upstream developers to explore then you really need to provide a way to monetise future gas," says Martijn Murphy, from the Middle East and North Africa Upstream Research team at Wood Mackenzie.

"With the domestic market now being well served exports are needed."

Noble Energy was granted the right to export gas from Leviathan, production of which has been delayed for a year, after what CEO Charles Davidson described as an "unbelievably long period."

What export method will be used is unclear, but there are a few options on the table and it’s thought Europe or Asia are probable export destinations.

"Just because of the politics of the area finding an export solution is far from straight forward. Pipe exports would commercially make the most sense, but because of the difficult relations with some neighbouring countries that can complicate things," says Murphy.

Building a pipeline will not only be technically challenging due to the deep waters, it will also need to traverse Turkish and Lebanese territorial waters.

There have been tensions between the current leadership of Turkey and Israel in the last four years. There was a complete disconnect in 2010 after Israeli forces took over a ship that was trying to open a blockade into Gaza and killed nine Turks. In May 2013 US President Barack Obama started conversations between the two leaders, again leading to hopes the countries could one day work together.

Feder says a gas pipeline would benefit Turkey as well as Israel.

"Everyone in Turkey is talking about its needs for energy and Turkey’s manufacturing needs and its ability to compete internationally are going to depend on it being able to double its energy manufacturing in the next ten years, so Israel could certainly play a large role in that and support its relations with Turkey."

He even thinks Turkey will help in negotiating with Lebanon to allow the pipeline to pass through its territorial waters.

Other export options – LNG and FLNG

"There have been tensions between the current leadership of Turkey and Israel in the last four years."

Another option is a LNG facility in Israel or in Cyprus that could also draw from offshore Cyprus’s field Aphrodite, also a Noble Energy operation.

Murphy warns that this type of operation really needs "an experienced operator with LNG experience."

However, Feder thinks it would be too big a project for Israel to undertake. "I don’t see this happening," he says.

There have been talks about possibly building a Floating Liquid Natural Gas (FLNG) platform, but there are again technical challenges involved.

"There are challenges with FLNG with the technology being very much in its infancy, there is yet to be a FLNG project that is up and running," warns Murphy.

Finally, another possible option is reinstating the gas pipeline from Egypt that was taken out of action two years ago due to terrorist attacks after the Egyptian uprising.

Davidson has said himself regarding exports from Leviathan that Noble is considering Egypt, he told Globes website: "We used to think that we’d export it all as LNG, [but] we’ve seen radical changes in Egypt, which have created for us an opportunity to sell gas regionally. There are two LNG facilities in Egypt which are suffering severely and are seeking gas suppliers."

He added that Noble is in talks with industrial customers in Jordan and that: "Gas flow via pipeline requires a smaller capital investment, and it’s a simpler system. We’ll also have an LNG component, whether at an onshore plant in Cyprus or a floating plant, but it will have fewer trains than we originally planned."

Feder say that based on conversations he has had with people in government "the best option is to have a gas pipeline and maybe a FLING solution for part of the gas."

Whichever strategy is chosen, Murphy warns it shouldn’t be forgotten that competition is lurking just around the corner and the longer Israel takes, the more competition they are likely to face from competing projects, particularly of LNG, coming online next year.

Although a solution is unlikely to be reached any time soon, it’s certain the industry, and particularly the majors, will be watching what Israel does next and how it will impact the rest of the East Mediterranean region closely.

Mandatory reported data has revealed there are up to sixty spills a month happening in the North Sea alone.