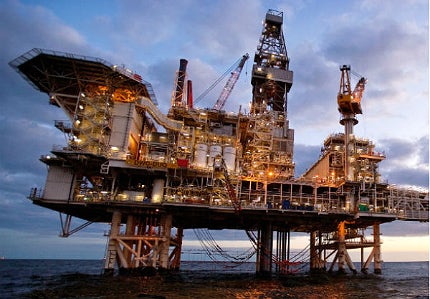 With global demand for oil and gas at a record high, hydrocarbon reserves in terminal decline and the eyes of the world focused on the upstream industry as it begins exploration and production (E&P) in environmentally sensitive regions such as the Arctic, new offshore inspection technologies that improve operational safety and minimise revenue loss are at a premium.

It wasn’t always so. During the boom years of the 1960s and 1970s, with pristine new rigs popping up everywhere from the UK Continental Shelf to the Caspian Sea, the biggest concern was getting the raw product out of the ground and into the refinery.

"New offshore inspection technologies that improve operational safety and minimise revenue loss are at a premium."

Digital radiography, hyperspectral imaging, deepwater remotely operated vehicles (ROVs), the whole concept of the digital oilfield; such technology was still in its infancy during the era of ‘easy oil’.

Fast forward 40 years and these innovations are now key weapons in the fight to eliminate risk and human error from the offshore inspection process.

"Historically, our industry has not had to rely on digital information to help produce oil and gas," said Steve Roberts, head of BP’s Field of the Future technology programme, recently. "But as key skills and resources get scarcer, and exploration and recovery get more difficult, efficiency has become a more significant driver."

Here, we assess current integrity monitoring technologies, their application in upstream operations around the world and future innovations in the field of offshore inspection.

Employed by upstream operators in the UK, Dutch, Danish and Norwegian sectors of the North Sea, ACFM is used to inspect topside areas of offshore platforms including process pipework (carbon steel and duplex), cranes and pedestals, and compressors and wellhead components. Live lines can also be assessed at operating temperature using specialised probes.

ACFM technology is also used to inspect subsea equipment, such as welded tubular intersections, pipelines, manifolds and wellheads, providing defect depth, length and location information. Based on this detailed data, operators can decide whether to grind out, repair or leave any defects for monitoring. Straight welds have been inspected by an ACFM probe via an ROV at depths up to 490m.

BP is working with partners to take digital radiography, an inspection technology originally developed for the medical world, into the subsea environment as a viable alternative to traditional pipeline inspection gauges, or ‘pigs’.

Pigs travel along the inside of pipes in the hydrocarbon fluid stream measuring the thickness of the pipe wall with sensors. However, they require sites where they can be launched and received, making them unsuitable for use in increasingly remote offshore fields. As a result, only around 30% of the offshore industry’s 48,470-mile subsea pipe network can be inspected in this way.

BP ran its first digital radiography pilot scheme at Madoes in the ETAP field in the North Sea. At a depth of 300ft, divers manually rotated a low-energy gamma ray projector and detector around a pipe to gather digital images, which were then transmitted to the surface in real time.

Next, a remotely operated vehicle (ROV) tested the technology at a depth of 1,500ft at the Pompano field in the Gulf of Mexico (GoM). Then, in the fourth quarter of 2012, BP began working with partners to produce a version that will work at depths of up to 8,000ft. The British multinational already operates pipelines as deep as 7,500ft and existing inspection technology is limited to just 2,000ft.

"Following the trials, we are aiming to deploy this new technology wherever we have subsea pipelines," said Jon Rogers, BP director, corrosion and chemistry. "The main benefit it will bring is enabling us to inspect the deepwater subsea lines that we can’t currently reach.

"But it also gives us the ability to inspect lines more quickly and more effectively without breaking containment. It’s a significant step forward in our efforts to manage and reduce integrity risks in our subsea pipelines."

The upstream industry has started to explore in more depth the potential of quantitative risk analysis (QRA) tools as a way of identifying and evaluating the full range of hazards associated with topside and subsea environments.

"The British multinational already operates pipelines as deep as 7,500ft and existing inspection technology is limited to just 2,000ft."

A month later DNV Software expanded its portfolio still further with Sesam Marine, a software package designed to enhance 3D simulation, and manage risk through calculation and visualisation of marine operations. Taking into account environmental conditions and structural components, Sesam Marine can be used in the lifting and installation of topsides, modules and subsea structures.

This holistic approach to offshore inspection and safety, combined with advancements in offshore inspection technologies such as hyperspectral imaging, ROV technology and long-range ultrasonic testing, is evidence that the oil and gas industry’s reputation for conservatism, particularly when it comes to digitisation, may soon be as outdated as the era of ‘easy oil’.

"We in BP believe that standing still is not a viable option, and that it’s our responsibility as an industry to encourage a culture shift and acceptance of the new," said BP’s Steve Roberts in 2012. "Failure to do so will result in a significant loss of opportunity, which none of us can afford."