Global investment in 2022 has been majorly dominated by North America, Europe, and Asia Pacific, whereas the Middle East, and South and Central America have recorded low investments comparatively. In light of this, Europe and North America have been identified as the major destinations for Private Equity and Venture Capital (PE/VC) investments.   GlobalData’s whitepaper analyzes which sectors PE/VC firms have been investing in, looking at Technology, Media, and Telecom, with these sectors recording $356 billion and a deal volume of over 10,000 deals in 2022. Healthcare, Financial Services, Business & Consumer Services, and Construction sectors have also seen high investment activity by PE/VC firms, recording a deal value of over $70 billion each.   But what can this mean for you?   Understand how the Deals Database on GlobalData Explorer can be leveraged to:     Consult our full report here and optimize your business strategy.
by GlobalData
Thank you.Please check your email to download the Report.

Norway awarded Arctic drilling licences in May to 13 oil companies – including Statoil and Det Norske – during its 23rd licensing round for the Norwegian continental shelf (NCS).

The licences consist of 40 different blocks in the harsh conditions of the Arctic Barents Sea, and much of the area has only recently been free from ice due to global warming effects such as the slowing of the Gulf Stream current and excess atmospheric carbon. 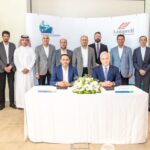 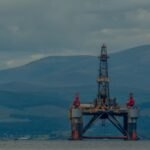 Analysis
Will Covid-19 lead to a wave of upstream oil and gas mergers and acquisitions?

"Today, we are opening a new chapter in the history of the Norwegian petroleum industry," said Norway petroleum and energy minister Tord Lien in a statement. "For the first time in 20 years, we offer new acreage for exploration.

"This will contribute to employment, growth and value creation in Norway. Northern Norway is now in the forefront of further developing the Norwegian petroleum industry.

What's to gain in the Arctic?

A total of 13 oil firms were offered participating interest in this round, which marks the 50th anniversary of the first ever licensing round on the Norwegian shelf.

Statoil was a big winner, being granted five licenses in areas which cover five commitment wells, one of which is in the vicinity of the company's existing position.

"We will now be able to explore a very interesting area in the Barents Sea," said Jez Averty, Statoil senior vice president for exploration on the NCS. "There is always uncertainty related to probability of discovery in new areas. But if we make a discovery, it may involve considerable resources."

Russian company Lukoil has been offered a 20% share of two license blocks on the Norwegian-Russian border.

Oil giant Shell backed out of the licensing round, despite being one of the original companies to make a bid back in December last year. The withdrawal could be a considerable blow as the Dutch oil major is arguably one of the most experienced when it comes to the benefits and costs of drilling in Arctic waters.

In 2015 Shell faced global outcry when the company tried to drill for oil in the Alaskan Arctic Chukchi Sea, and was forced to abandon the unpopular project when the minimal oil discoveries were not sufficient to justify continuing the search.

The company spent over $7bn on the failed hunt after coming under pressure from shareholders about a project that was increasingly looking like a waste of money when oil prices were falling dramatically.

Environmental protests were also likely to have been a major factor in Shell's decision to pull out. Greenpeace fought for three years to prevent the company starting operations.

The Obama administration gave permission to restart the drilling in August 2015, despite its own research revealing that there was a 75% chance of an oil spill. Just six weeks after receiving this approval, Shell stopped drilling, perhaps because of the support for the protests from 7 million people across the world.

"There is absolutely no guarantee that there will be demand for this oil in the future."

The concern is that the same situation could occur with the licenses in the Barents Sea. Shell was originally among the companies that originally applied for permissions in the area, but it has now shifted its priorities to the acquisition of BG Group.

"The decision is part of an optimization of Shell's global portfolio following the acquisition of BG and a persistently low oil price," said the Shell Norwegian unit. "Norway remains one of our core areas."

But one area of the ocean cannot be so easily compared to another. In addition to latitude, there are significant differences between the Barents Sea and the North Sea. According to Norwegian petroleum and energy minister Tord Lien: "Conditions in the Barents Sea are completely different than in other parts of the Arctic, not comparable with areas north of Alaska."

The Barents Sea is very different to the Chukchi Sea in terms of the amount of development and infrastructure already installed, as the area is relatively unexplored. There have already been several discoveries in the region, including Lundin Petroleum's Gohta field, and due to the year-round absence of ice, the potential for further discoveries is high.

However, this may not be enough for oil companies to associate themselves with high-cost, controversial projects.

"It's a very strange situation, which I think is presented by an old Norwegian narrative that any oil and gas development has so far proven to be relatively profitable," says Greenpeace Norway leader Truls Gulowsen. "There is absolutely no guarantee that there will be demand for this oil in the future."

A green past and not so green future

This is the first time since 1994 that Norway has opened up a new sector to the oil industry, and groups such as Greenpeace International have raised concerns over the impact the drilling will have on the environment.

"This is the oil and gas that the world cannot afford to burn if we are serious about the 1.5-2 degrees climate target," says Gulowsen, referring to the climate agreement signed in Paris, France last December, where leaders from around the world committed to maintaining the rise in temperatures to below 1.5 degrees Celsius.

"The first big political decision that Norway has made after agreeing to ratify [climate change] at COP21 has been to licence arctic oil," he says. "Which I think is quite a contradiction."

In the past, Norway has been a world leader in green policies. The country has the highest number of electric vehicles per capita in the world, with over 100,000 of them currently on the roads – quite an achievement for a country with a population of just five million.

In May, Norway became the first nation in the world to issue a complete ban on clear-cutting of trees, as deforestation is a major contributor to climate change. The government has also pledged to source products including palm oil, soy and timber in new ways that have little to no impact on ecosystems, in the hope that some of the damage can be reversed.

That same month, Norway's Prime Minister Erna Solberg signed a deal with US President Barack Obama committing to sustainable development in the Arctic. But just one month later, this seems to have been forgotten.

This hypocrisy cannot be ignored; Gulowsen believes that the climate-related consequences of the project – adding more carbon to the global atmosphere – cannot have been taken into account in the decision process.

The Barents Sea is an area which has yet to be explored, and the environmental conditions are extremely challenging, making it one of the most expensive oil resource locations on the planet.

The Norwegian Government is currently looking at oil and gas drilling as being a worthy investment, wherever it happens, both in terms of financial reward and jobs created. However, this doesn't take into account the incredibly low oil prices, which at the time of writing were below $50 per barrel.

Gulowsen suggests that Shell's decision to back out of the Barents Sea shows that it might be one of the few companies in this situation that is taking a clear look at the future of oil.

"We're in a situation now where big oil is not even profitable," he says. "I think they [oil companies] will have problems explaining to their shareholders why they should spend scarce money on projects in the very expensive parts of the Arctic."

"We're in a situation now where big oil is not even profitable."

When big players like Shell don't see the value in a project, it could well spark disinterest and worry for other companies. In a strange way, Greenpeace and Shell are on the same side, as neither sees the need – financial or otherwise – for drilling in the Arctic to go ahead.

"We hope that this is one of the first steps, or signs that the oil industry is starting to understand that the world after COP21 in Paris is a different world," says Gulowsen. "Where there needs to be consequences for the projects that can be developed and [those] which cannot."

Gulowsen believes that the companies with the awarded licenses should face the same reaction as Shell did in 2015. "From our perspective, it's very clear that there must be some consequences when countries sign and ratify a goal of stabilising between 1.5 and 2 degrees," he says. "That does not mean that we continue business as usual."

Global investment in 2022 has been majorly dominated by North America, Europe, and Asia Pacific, whereas the Middle East, and South and Central America have recorded low investments comparatively. In light of this, Europe and North America have been identified as the major destinations for Private Equity and Venture Capital (PE/VC) investments.   GlobalData’s whitepaper analyzes which sectors PE/VC firms have been investing in, looking at Technology, Media, and Telecom, with these sectors recording $356 billion and a deal volume of over 10,000 deals in 2022. Healthcare, Financial Services, Business & Consumer Services, and Construction sectors have also seen high investment activity by PE/VC firms, recording a deal value of over $70 billion each.   But what can this mean for you?   Understand how the Deals Database on GlobalData Explorer can be leveraged to:     Consult our full report here and optimize your business strategy.
by GlobalData
Thank you.Please check your email to download the Report.