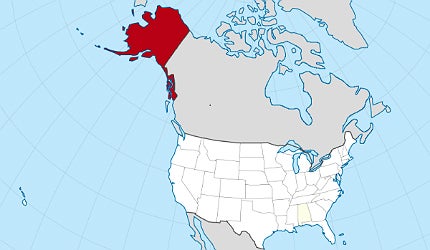 On 6 November, one of the two 2012 US presidential election candidates – current serving Democrat President Barack Obama and his Republican rival Mitt Romney – will be declared the victor after a hard fought and lengthy battle. Up until that moment the two hopefuls will continue to debate on every issue, from the economy to American energy independence – the latter of which intrinsically feeds into the former.

A potentially oil-rich but hugely controversial area for energy exploration is the Alaskan Arctic Ocean. Supporters predict that drilling for oil off the Alaskan coast could save the struggling US economy once and for all. But drilling in this fragile eco-system brings with it the risk of destroying the local habitat and the marine life it supports.

"A potentially oil-rich but hugely controversial area for energy exploration is the Alaskan Arctic Ocean."

For more than two decades, drilling in the Alaskan Arctic Ocean has been forbidden. However, despite more than a million people sending President Obama messages asking him to forbid drilling in the Arctic, the Obama administration has allowed Royal Dutch Shell to follow up on licenses first issued in 2008 and conduct preliminary drilling of two wells in the Arctic Ocean – one in the Chukchi Sea and another east of Barrow in the Beaufort Sea.

The Arctic is estimated to contain as much as 27 billion barrels of oil, which could ease America’s current economic woes, provide thousands of jobs and drastically increase domestic oil and gas production – something the middle classes and thousands of unemployed are likely to look favourably upon.

Arctic drilling is an issue Obama and Romney appear to be united on – both have condoned drilling, one has already sanctioned it – but take a look closer and their positions don’t seem so closely aligned.

What will happen if Obama stays in power?

There is no doubt Obama will continue with his five year plan (2012 – 2017) for Arctic drilling, as outlined by the US Department of the Interior.

"Obama says he will take a cautious approach, allowing time for research and planning."

This includes leasing out further areas of the Chukchi and Beaufort seas, as well as the Cook Inlet. However, Obama says he will take a cautious approach, allowing time for research and planning.

Leases will be granted later in the five-year period to make time to "facilitate further scientific study and data collection, and longer term planning for spill response preparedness and infrastructure," according to Deputy Secretary of the Interior David J Hayes.

New areas in the Beaufort Sea are set to be leased for drilling in 2012, with further leasing to take place in the Cook Inlet in 2013 and the Chukchi Sea in 2016. Royal Dutch Shell could start removing oil as early as 2013.

What is Romney’s view?

In the first of three presidential debates on 3 October, Romney gave his opinion on Arctic drilling. The Republican candidate, in a move that some are seeing as a bid to win over middle America, stated he would make sure oil development took place in the Arctic Ocean as soon as possible, as well as saying he supports drilling in the Arctic National Wildlife Refuge, which is currently forbidden under Obama.

"Romney proposes aggressive offshore oil drilling in general and has regularly criticised Obama for what he sees as a hesitant approach."

In fact, Romney proposes aggressive offshore oil drilling in general and has regularly criticised Obama for what he sees as a hesitant approach to offshore oil.

Others have also criticised Obama for driving up fuel prices by, as they see it, being overly cautious about offshore oil drilling in the wake of the Gulf of Mexico oil spill in 2010.

There has even been some speculation Romney may be particularly keen on oil exploration for other, more personal reasons; US media are reporting that in two days alone Romney’s campaign banked nearly $10m in oil money.

Romney also advocates a faster, more streamlined approach to approving drilling instead of individual analysis. According to the energy section of his ‘Believe in America: Mitt Romney’s Plan for Jobs and Economic Growth’ document: "Once a particular drilling technique has been approved in a particular area, any company with an established safety record should be able to quickly receive a comparable permit."

This, the document states, will help "lift the cloud of uncertainty in which the regulatory process now enshrouds energy enterprises".

Whoever wins, there’s no doubt the Alaskan Arctic Ocean will be drilled, despite calls for the contrary. The benefits to the US economy, unemployment rates and national oil prices are simply too abundant, especially as the environmental factors are deemed manageable.

The fundamental differences for the offshore oil and gas industry between a Romney administration and an Obama administration will be their approach and regulation. If Romney keeps to his word the oil industry could find access to oil drilling off the American shore and Arctic more accessible.

If Obama stays in power it will remain accessible, but more regulated, which some may see as more responsible. Whoever wins on 6 November, the last thing the voters, government or oil companies want is a repeat of the Gulf of Mexico Oil spill in the Alaskan Arctic Ocean.

In the lead-up to the US election, the future of American offshore oil and gas policy is being intensely debated by Republicans and Democrats.

The US Government’s offshore leasing plan 2012-2017 will once again open up the deepest areas of the Gulf of Mexico.

After five years of battling with US courts, Royal Dutch Shell is now one step closer to becoming the first company to drill for oil in the Arctic since the 1990s.