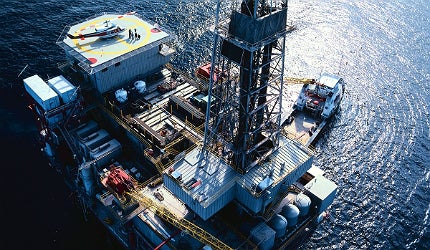 The offshore industry offers employees the chance to specialise, travel to unusual places and work for extended periods of time with long holidays.

However, there is no such thing as a free lunch, and in this line of work the perks are matched with potential dangers. Business risk consultancy firm Drum Cussac’s maritime and offshore division vice president, David Pickard, discusses the current high risk areas and the importance of working in a socially responsible manner.

Laura Husband: What security work do you do for the offshore industry?

“The biggest operations tend to be where you’ve got the largest footprint offshore within the areas with the highest risks.”

It is a fairly straightforward model – when a vessel is moving from port A to port B, we arrange to put a team on at A, travel with the ship, protect it and disembark at port B. The challenges are often those presented by the logistical and administrative requirements needed to move men, weapons, ammunition and equipment around a wide geographic area in time to meet and embark client vessels.

The Offshore Division is where we look after larger scale, more set-piece projects being conducted within those same high risk areas. Typically, these include seismic surveys or exploratory drilling, cable laying and pipeline repair – whatever it might be that’s subsea.

The difference is that these projects tend to take place over a longer period, so their exposure to the local threats is greater. They are generally slow moving or stationary, and may be in place for months at a time. They are also normally within the coastal state’s territorial waters or economic zone, so the regulations and responsibilities will be different from those in international waters.

DP: They don’t all need protection; it depends entirely where they are and the risk conditions that prevail, or are likely to prevail, during the life of the project.

The ground rules governing security at sea are enshrined within the ISPS Code, the international standard for vessel and port security.

Additionally, there are certain areas where there is known to be a specific or higher level of threat from piracy, militants or criminals.

In those areas it is clear that a higher level of security is called for, and in many cases it is deemed necessary to have armed personnel onboard to provide that additional security and measure of safety.

LH: Where are the high risk areas at the moment?

DP: The two highest risk areas at the moment are the Gulf of Guinea on the west coast of Africa and the Gulf of Aden, Northern Indian Ocean and the Northern Mozambique Channel.

“Looking after travellers or workers that move through high-risk areas is a complex process.”

It is not necessarily the offshore facility itself that is the target. In the Gulf of Guinea there has been a spate of attacks in the last few months where product tankers have been targeted and hijacked; their load or cargo has then been taken and sold again on the black market.

On the east coast of Africa, there have been two pirate attacks against offshore installations within the past two years; one against a seismic survey vessel and one against a drilling ship.

We believe these were both unplanned opportunistic targets for groups of Somali-based pirates off the east coast of Tanzania. In each case it was a small group of men, seeing a set of bright lights and making the decision to attack and kidnap that vessel for ransom.

DP: When we’re working for the offshore industry, generally within the exclusive economic zone (EEZ) of the coastal states, it is their responsibility to provide local military for armed security.

Our role is to help local military personnel who have little training or experience in the offshore industry. We help to select, train and prepare them to fulfil that special role. It also gives the oil and gas industry confidence that the new faces they are bringing onto their assets, ships and rigs understand the requirements and will operate at industry standards.

The UN Global Compact for Security and Human Rights is equally important. It is a framework that lays out the procedures and gives guidance on how oil and security companies should interact and deal with the local communities when they are working.

We make sure that local militaries engage with their communities in an ethical way. If you abide by the rules of the voluntary principles it minimises the disruption to the local community and provides better relations between them and the security company, which benefits all stakeholders in the long term.

Each country where the oil or gas is being extracted has its own policies and plans to increase the number of local personnel employed in the offshore sector and to provide their own security. This is a better model and one we are working with our clients and host nation governments to achieve quickly and safely.

LH: What is the step-by-step process for protecting an offshore facility?

DP: If we’re working offshore we crew change in the same way that anybody else would, by helicopter or by crew-change vessel. It’s what goes on in the background that makes the process so important.

“On the east coast of Africa, there have been two pirate attacks against offshore installations within the past two years.”

When we take our own weapons and equipment we have to make sure that we comply with local and international rules regarding licensing for moving the equipment. A lot of our equipment, even radios and binoculars, may be categorised as controlled items and will be subject to strict import and export rules.

A large part of our role takes place behind the scenes. All of the specialist administration and paperwork needs to be in place, and all of the security staff need to have the same safety qualifications and certification as the offshore workers themselves.

As well as administering and preparing our own people, we also need to make sure that the nationals we deploy have undertaken the same level of training. Our deployed teams need to be at the same standard of health and safety, professional capability and cultural awareness as the rest of the offshore industry, which is extremely high.

LH: How do you protect offshore workers before they reach a facility? 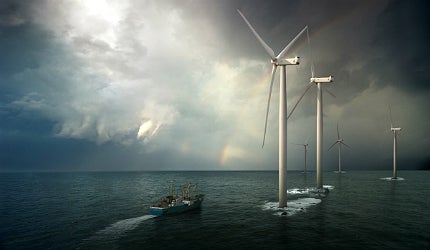 Operations can go on for months, or years, at a time

DP: A major part of what we do is providing offshore security. Looking after travellers or workers that move through high-risk areas is a complex process. Drum Cussac has a number of different business units that look after each phase of the operation.

Before anybody goes to Nigeria, for example, they take an online test that will advise them about the current security situation and any specific risks. After they’ve taken this test they will be approved to travel. Once the travel arrangements are made, they are logged into a system called itinerary travel checking so we always know where people are supposed to be.

Hotels need to be checked and vetted to make sure they’re appropriate, and the same checks are applied to the route and mode of transport when moving from the hotel to a shipping agency or the vessel itself. The care of the individual starts with planning at their home base and continues until they reach their destination.

LH: What is the biggest security operation that you’ve carried out?

DP: The biggest operations tend to be where you’ve got the largest footprint offshore within the areas with the highest risks. We’re currently looking after two significant drilling operations off east Africa.

Each of these involves the drill ship itself, support vessels that need to maintain the operations and vessels brought in to provide a security cordon. It’s not uncommon to see a number of vessels forming a security cordon around a significant operation. Those operations can go on for months, or years, at a time.

When the risk was at its highest, some of these operations included up to 30 of our own personnel and another 15-20 of the local military force engaged over a period of months to protect deep water drilling operations.