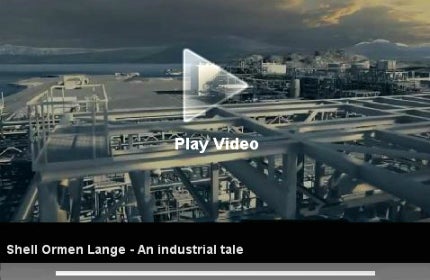 It’s been 25 years since the oil and gas industry first started working on the concept of subsea compression. Now, it appears the technology could be ready for use within the decade, omitting the need for unsightly and unsafe offshore oil and gas rigs altogether. This is an advancement that will change the face of the industry as we know it, as well as potentially ease some of the challenges of drilling in the Arctic.

The Shell-operated Ormen Lange gas project started in 2007 and is the largest project in the Norwegian Sea. Located 120 kilometres north-west of Kristiansund in depths of 850 – 1,100 meters, it runs completely without an offshore platform.

"This is an advancement that will change the face of the industry as we know it."

All its gas production takes place at an onshore facility called Nyhamna, which is then exported 1,200km to Easington, UK, through the world’s second longest offshore gas pipeline. Its gas, at full production, produces 20% of the UK’s supply.

Engineers working on the Ormen Lange project are, as we speak, running a subsea compression pilot using first-of-its-kind technology to provide the project necessary pressure support when the natural pressure drops, which is anticipated to happen within a decade.

Such compression is needed in order to give the gas enough speed to be able to climb the steep route to Nyhamna. The subsea compressor is currently being tested in a pit connected to the process module, which will simulate the subsea conditions.

If the subsea compression pilot is ready before companies start working in Alaska, the technology could subvert formidable obstacles, such as thick sheets of ice forming on top of the sea, helping to avoid accidents such as Shell’s Kulluk drill ship, which ran aground in Alaska at the beginning of the year.

"The Shell-operated Ormen Lange gas project started in 2007 and is the largest project in the Norwegian Sea."

However, although it may dodge some obstacles routinely presented by Arctic conditions, it is hard to tell how environmentalists – who are largely opposed to any exploration in the Arctic’s immensely fragile ecosystem – will react to compression technology. The eyesore of a rig, and all the risks a rig carries with it, may be bypassed, but will that be enough to deflect environmentalists from the fact that compression technology is unproven?

Furthermore, any long-term complications derived from it will be largely unknown for many years to come. There is also the absence of experts on hand to consider, who could implement damage control as fast as possible should a disaster occur. These are all grey areas that will no doubt have to be thrashed out before compression technology is ever allowed to be used in an ecosystem as delicate as the Arctic.

It’s not just production in demanding environments like Alaska where companies will be keen to use compression technology – all future production could be rig-free. Offshore rigs can cost about $570m to build and they need to be staffed with skilled workers who have to be helicoptered to and from the rig. Although the exact cost of subsea compression is not yet known, it is widely thought to be significantly less than the cost of building and maintaining an offshore rig.

"Offshore rigs can cost about $570m to build and they need to be staffed with skilled workers."

The technology would also lessen the risk of staff fatalities. In the 2010 Deepwater Horizon Gulf of Mexico oil spill, 11 people died and the rig sunk beneath the sea with great cost to the environment. Companies could implement more damage control if a disaster like this should occur, as no rig means no staff permanently at sea. Instead, proceedings will be monitored remotely onshore and the risk of a rig collapsing into the sea would be eliminated.

Throughout the industry oil companies globally are seeing the advantages of shifting operations closer to the seabed, not least because it means they can potentially squeeze extra resources from wells. Shell isn’t the only in the race to develop subsea technology. Statoil’s Aasgard field aims to have subsea compression by 2015, but will take its power from a nearby platform, and Shell and Norway’s Statoil ASA are now racing to build their own subsea gas compression units.

However, if successful, Ormen Lange will be the first field entirely without the need for offshore rig-platforms. It remains to be seen if the technology will be perfected by the time major works begin in the Arctic, where it is arguably needed most. But once achieved, it will surely mean all new oil and gas fields built subsequently will most likely utilise the discreet subsea compression technology, instead of erecting enormous unsightly rigs, preserving the face of the sea but changing the face of the industry.