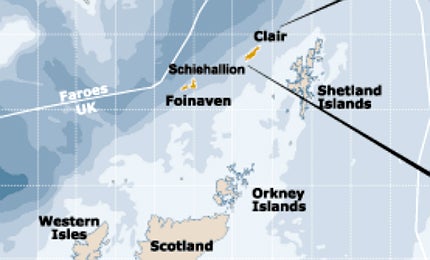 As global oil demand rises inexorably and the search for dwindling hydrocarbon reserves forces oil and gas multinationals into ever-more inhospitable environments, so the pressure increases on those companies and their R&D departments to generate innovative enhanced oil recovery (EOR) techniques that keep the oil flowing.

The great push into the Arctic, generally recognised as the last great frontier of untapped oil and gas resources, has coincided with a raft of research into sustainable, cost-effective EOR solutions that have the potential to extract between 30 to 60% more oil from a reservoir than is possible using primary or secondary recovery techniques.

Globally, only about 35% of the oil in place is extracted, leaving huge natural resources – and energy supplies – untapped. For a multinational such as BP, a mere one percent improvement in its recovery rates could yield an additional two billion barrels of oil equivalent.

Louder than words: the new issue of Offshore Technology Focus is out now

Driven by these sorts of numbers, the British multinational is deploying for the first time a new technology that could significantly increase the amount of oil recovered from the UK’s largest hydrocarbon resource, the Clair Ridge development, off the west coast of Shetland.

BP’s recovery strategy centres around four specific injection techniques designed to displace more oil from injection wells to production wells. Pore-scale displacement uses a fluid to replace another in porous media; sweep looks at the spread of injected material from the injection well; drainage concerns access to different sections of a reservoir; and cut off addresses the level of water cut that a well is allowed to flow to.

“Globally, only about 35% of the oil in place is extracted, leaving huge natural resources – and energy supplies – untapped.”

The company’s Pushing Reservoir Limits (PRL) team has spent the past ten years working on these and other EOR technologies, one of which is reduced salinity water injection (LoSal® EOR), which improves pore-scale displacement by increasing the effectiveness of water-flooding.

“One day most floods will be done with LoSal EOR, and it will certainly be a feature of production facilities in new fields, as we can design the platforms to accommodate the desalination plant,” Andrew Cockin, R&D manager for the PRL team, told World Expro.

“We first tested it in a corner of the Endicott field in Alaska, and based on those trial results we are now introducing it to offshore fields.”

Around 60% of BP’s oil is produced using conventional water-flooding. The water is pumped through layers of porous reservoir rock, displacing oil from the injection well to the production well. The pore spaces often contain clays to which oil is bound. LoSal EOR, using reduced salinity water, releases a lot more of the bound oil and pushes it to the production wells.

“Oil industry wisdom says you shouldn’t inject anything too ‘fresh’ or the clays within the oil-bearing sandstones can swell and reduce the ability of the oil to flow,” says Jackie Mutschler, BP’s head of upstream technology. “So BP looked at the fundamental chemistry that makes the oil molecules stick to the rock surfaces in reservoirs.

“What we discovered is that by reducing the salinity, and hence the ionic concentration of the injected water, more molecules of oil could be released from the surface of the grains of the sandstone rock in which they’re held.”

The chemical studies revealed that the oil molecules are bound to clay particles by ‘bridges’ of divalent cations, such as calcium or magnesium and, in high salinity water, are compressed to the clay surface by electrical forces. By reducing the salinity, this force is reduced and the ‘bridges’ are able to expand, allowing the divalent cations to be swapped for non-bridging monovalent ions such as sodium. The oil molecules are then freed to be swept towards the producing wells.

BP estimates this will enable the production of around 42 million barrels of additional oil compared to water-flooding with conventional sea water, making a significant contribution to the estimated 640 million barrels of recoverable oil from the development. Globally, full implementation of low-salinity projects across BP’s entire portfolio could increase net recovery by up to 700 million barrels of oil equivalent.

Any discussion of a new drilling project involving BP – especially one taking place in an area of extreme environmental sensitivity such as the Shetland Islands – is inevitably informed and overshadowed by the 2010 Deepwater Horizon disaster in the Gulf of Mexico.

In the intervening two years, the UK Oil Spill Prevention and Response Advisory Group (OSPRAG), has designed a cap capable of stopping a well flows of up to 75,000 barrels a day in water depths of 1,670m, but Dr Dan Barlow, head of policy for WWF Scotland, remains unconvinced.

“BP looked at the fundamental chemistry which makes the oil molecules stick to the rock surfaces in reservoirs.”

“Pursuing North Sea oil exploration in ever-more difficult and sensitive areas is just not worth the environmental risk,” he argues. “The Shell spill from Gannet Alpha last year [2011] showed that even in easy waters, a long experienced operator can make a total mess of dealing with an oil leak. Any significant oil spill to the west of Shetland area could present a major threat to fishing, tourism and wildlife.”

Drilling in deepwater areas, such as the Clair Ridge development, also presents unique dangers related to higher pressures and extreme temperatures. It isn’t unheard of for deepwater operators to reach depths of up to 35,000 psi and temperatures of more than 450 Fahrenheit. ROVs [remotely operated underwater vehicles] are required at water depths of 1,500m and operators also face the challenge of manipulating the extra long riser pipe needed to connect the wellhead to the rig.

Despite these risks, and the exorbitant cost of drilling deepwater wells (they cost, on average, $100m), the potential rewards for companies such as BP are simply too great to ignore. The oil and gas fields west of Shetland are estimated to contain 20% of the UK’s remaining reserves. Add to this the £3bn new-field allowance announced in March by the UK Chancellor of the Exchequer George Osborne and the lure for energy multinationals is irresistible.

With global oil reserves in terminal decline, technologies aimed at extending the lifespan of existing production facilities are worth their weight in gold. BP has decided to deploy LoSal EOR technology in all appropriate upstream projects from now on, and is assessing whether retrofitting existing fields is both commercially viable and technically feasible.

“Full implementation of low-salinity projects across BP’s portfolio could increase net recovery by up to 700 million barrels of oil equivalent.”

The Mad Dog Phase 2 project in the Gulf of Mexico is the second offshore project that plans to include a low salinity water-flooding to support increased oil recovery from the field. The facility will have a low salinity waterflood injection capacity of more than 250,000 barrels of water each day.

In total, BP has at least five new and retrofit projects under active evaluation following on behind Clair Ridge. EOR techniques accounts for around 30% of the current oil production rate at the Magnus project in the UK North Sea; at Ula in the southern Norwegian section o f the North Sea, this figure stands at around 70%.

Speaking at last month’s British Science Festival in Aberdeen, Scotland, BP’s executive vice-president for production Bob Fryar was unequivocal about the potential of LoSal EOR – part of BP’s Designer Water suite of technologies – and other innovations such as Bright Water sweeping-enhancing particles to boost hydrocarbon recovery rates by an order of magnitude.

“LoSal EOR and other technologies developed by BP are increasing the world’s energy supplies, improving recovery rates and getting more for every dollar we invest,” he said. “LoSal EOR has immense potential for increasing the amount of oil recovered from the ground. If it can be successfully applied to similar fields around the world it will increase the world’s recoverable oil by billions of barrels.”

When it was discovered in 1977, the Clair field was the largest discovered but undeveloped hydrocarbon resource on the UKCS (United Kingdom Continental Shelf).