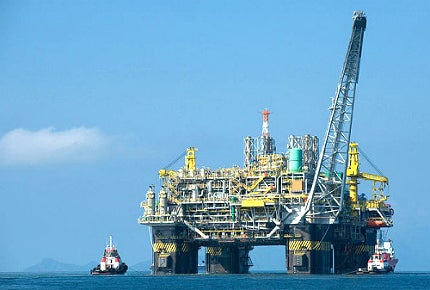 Last year £11.4bn was invested in the North Sea and more than £13bn is expected to be invested in 2013, taking the figure to a 30 year high. But as the industry rejoices in the North Sea’s renaissance, talk is now turning to the problem of a now critical skills shortage.

According to a recent survey by Oilandgaspeople.com, the world’s largest oil and gas jobs board, the sector needs to find 120,000 new staff in the next ten years if they are to fill the skills gap left by workers set to retire.

When you consider it takes around six years to fully train a graduate and that around 44% of the current workforce is aged 45 or older, these figures become increasingly alarming. So much so that Oil & Gas UK cite the skill shortage as the biggest barrier to growth described by companies.

Analysis
More to emissions than meets the eye

Heidi Vella: Why has the skills shortage in the industry become so critical?

"As the industry rejoices in the North Sea’s renaissance, talk is now turning to the problem of a now critical skills shortage."

Steve Harvey, HR director for the North Sea Canada part of Subsea7: The long term is really good for oil and gas, but it still has its ups and downs and because of this the industry has never really solved this problem effectively in terms of meeting future demands.

It has led slightly to a short term view, where we have had three or four great years then let our staff go.

In 2008, when the global economy came off a cliff, a lot of organisations cut back and stopped their graduate programmes for a couple of years.

That automatically means there is a gap in the supply of talented men and women coming into the industry.

Colin McAndrew, HR and competency manager at GEGroup: It’s a combination of factors. For me, I think it’s almost as if the oil and gas industry was closed off to people who weren’t known or who weren’t specifically trained in oil and gas, so it was difficult for people to break into.

I think there has also been a lack of training given. People have been kind of precious about keeping hold of their expertise, and not sharing that with some of their staff.

At the same time, increasingly-stringent health, safety and environment requirements are also compounding the problem, requiring much more supervision and administrative work than ever before.

HV: How will this skills shortage affect the industry in the next ten to 50 years?

Ross Macrae, HR director at Orion: Demographics, skill shortages and international competition for labour will all contribute to on-going recruitment challenges in the industry.

While valuable capability is being lost from the industry, there are new people joining it and this is aided by a very positive view to retention of older workers – ageism does not exist in this sector.

HV: Which roles in particular are hardest to find candidates for?

CM: Every company is going to be different, but in our business we struggle to find supervisors, project managers, construction managers; people who are competent leaders and experienced at working on large scale projects.

There is also the lack of good tradesman.

RM: This is often cyclical based on the largest projects’ demands. Drilling and well service positions are frequently under-resourced, but when the industry is on a major up-swing you will find that most roles are challenging to fill.

HV: What needs to be done to plug the offshore skills gap?

"In 2008, when the global economy came off a cliff, a lot of organisations cut back and stopped their graduate programmes."

The other thing I think we need to be doing is having more of an open mind as to what kind of people we can bring into the industry.

SH: What needs to happen, as well as universities coming together, the employers need to come together to think about conversion plans. We run very good conversion programmes for engineers and HSE professionals and give them a five or six week intensive training experience.

For example, somebody who has done an engineering qualification or worked for someone like United Utilities, or somebody from the armed forces, can actually build on their skills.

This is a lot quicker turnaround than training a graduate, and much cheaper. It is a way to bring people into the industry who are not steeped in the oil and gas position of making hay while the sun shines, so to speak, they make it a long-term career.

RM: A primary challenge that is very difficult to address is the short-term nature of project working. However, a less conservative view to resourcing would help with an improved awareness of the transferable skills available from a range of other industries.

HV: What particular skills is the oil and gas industry looking for?

The two things we look for in our business is adaptability and flexibility; people need to understand that one day you could have a fully planned day and the next something is happening and you need to change your priorities and adapt to that situation.

On top of all that there is communication skills and being able to communicate with people at all levels.

SH: Science, technology engineering and maths: anyone with those types of skill sets and competencies can range into most of the oil and gas skills sectors, be it engineering on and offshore, supply chain management and quality control.

RM: Most opportunities will require a technical aptitude or qualification but there are of course lots of finance, HR and other support function roles too.

HV: How can you attract more women to the oil & gas industry?

"The other thing I think we need to be doing is having more of an open mind as to what kind of people we can bring into the industry."

SH: Only nine percent of UK engineers are female. We are always looking to attract female graduates, but the issue I think is one of making the industry attractive to women.

We need to engage far earlier in the education of women and to say that a career as an engineer can be a satisfying as opposed to a career as a nurse.

We need to make it less about the machismo side of things. The industry is actually quite a flexible place to work; there are some great employment practices, where women can very much manage a career and a family.

HV: Do you think the industry, which is often associated with disasters and oil spills, needs to improve its image?

SH: A lot of what we do is out of site until there is a major disaster. What we don’t talk about is the success stories. It is a PR job to say we are a key industry in terms of the energy security of the UK, it supports a huge amount of other industries, it is cutting edge is some places, it’s safe and it cares for the environment.

CM: For me I think the industry needs to be more open and more flexible we need to be seen to be open to change and have a kind of different attitude to people wanting to start their career in the oil and gas industry.

RM: Always, technical careers are not sufficiently promoted and there are a lot of misconceptions regarding industry in general. Introducing industry awareness as school stages has been proven to help.

HV: If someone is reading this and thinking about working in the oil and gas industry, where should they start?

SH: Oil and Gas UK are presenting a PR initiative called ‘Energising the Nation’s Future’, whereby they are trying to communicate to people that UK oil and gas is critical. It is important that people understand that and come into the industry.

The Oil and Gas Academy Scotland, a one-stop shop for people who want to re-train or are leaving school, has been set up so that people can see what types of roles there are in the sub-sea world and the oil and gas, industry. It teaches you how to map your skills over to it, the type of skills you need to develop, who the companies are and what they do.

Also, Subsea UK has just come up with something called Subsea Target that has a great tool that tells people how to tailor their CV for oil and gas organisations.

RR: It’s important to gain exposure to the industry and discover the area that is best aligned with individual interest and ability.

It is also paramount to choose an employer who will offer appropriate training and development for career growth. Finally, a cultural fit is essential.

Making the most of the digital oil field

Despite some industry resistance, the digital oil field concept is helping oil and gas companies drive offshore innovation and optimisation.