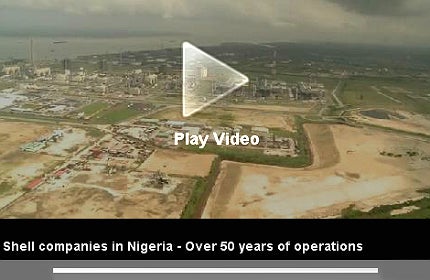 Five years on after legal action was launched against Royal Dutch Shell in 2008, by Nigerian Farmers demanding compensation for a loss of earnings because of land and water pollution in the Niger Delta, a Dutch court has finally reached a verdict which sees Shell come off as victors in all cases but one.

On 30 January 2013, in a Netherlands court, Shell was found not guilty of four out five charges in this landmark case – the first time a Dutch-registered company has been sued in a home court for offences allegedly carried out by a foreign subsidiary. In the four cases Shell won, the court ruled the spills were not the result of a lack of security or maintenance but due to sabotage. In the case Shell lost – relating to a plugged oil well in Ikot Ada Udo that was prized open by saboteurs – the court found Shell liable and said it "could and should have prevented this sabotage in an easy way".

Shell was ordered to pay compensation to the farmer, the amount of which will be determined at a later date.

Despite winnings and losses for both parties, each side is hailing the court case a victory. Evert Hassink, a spokesperson for Friends of the Earth (FoE), an environmental group who helped Nigerian farmers bring their cases to court, said: "[It] is a big step towards responsibility from international companies for there activities abroad, or maybe I must say in countries with failing states…"

FoE and the farmers who lost their cases say they will appeal the court’s decision, and that the single victory paves the way for other farmers to take Shell to court in the Netherlands in the near future.

After so long in the spotlight Shell proclaimed: "We welcome the court’s ruling that all spill cases were caused by criminal activity."

Shell’s long past and future in the Niger Delta

"Despite winnings and losses for both parties, each side is hailing the court case a victory."

The Dutch court ruling may be significant for both Shell and FoE and the farmers, but the problem of oil spills and illegal bunkering still persists; much of the environment is still badly damaged by oil pollution and local people continue to suffer because of its effects, in some cases forced to leave their homes. If it is not Shell’s responsibility to combat these persistent and lingering problems, where does the buck fall exactly?

Shell has worked both onshore and offshore in partnership with Nigerian National Petroleum Corporation (NNPC) extracting Nigeria’s abundant oil reserves for more than 50 years, along with companies such as ENI, Chevron and Exxon. During this period Shell has also invested in healthcare initiatives, schools and jobs for local people.

However, throughout the same time, a UNDP report states that there were more than 6,800 oil spills between 1976 and 2001, 69% of which took place offshore. This accounted for a loss of three million barrels of oil in an area where, according to the UNDP, more than 60% of the people rely on the local environment.

Shell has also been implicated in human rights abuses in the area and was accused of being implicit in the death of Ogoni community leaders, for which it reached a $15.5m (£9.7m) settlement with the families in 2009 to stop a court case being brought against it.

In regards to its future work and responsibilities in the Niger Delta, a spokesperson from Shell said: "There is an ongoing programme to upgrade facilities in Nigeria, on which we have already spent significant sums of money.

"But the wider problem is that however much money is spent, unless the Nigerian authorities, and wider international community, take action to crack down on crude theft and illegal refining, the problem of spills will remain, as criminal activity is responsible for the vast majority of oil spilt in Nigeria."

In all 80% of the country’s revenue comes from its oil reserves, but despite this the government has been slow to take any decisive action in regards to the Niger Delta. Despite agreeing a £1bn clean up operation with Shell for Ogoniland, where Shell has admitted liability for two oil spills after it was forced to leave in the area in the 1990s, Hassink says no action has yet been taken, only talk.

It seems the opinion of environmentalist and human rights groups is that if the government is failing Shell, a Western oil company that is expected to uphold high working standards, must step up itself.

It could start, Hassink says, by replacing 40 year-old pipelines, by adequately equipping pipeline guards and by installing better seismic systems that can detect illegal siphoning, instead of simply hiring local guards who can be easily bribed.

However, he believes Shell is reluctant to carryout these works because of the costs involved: "Money is a big argument, investing in this area is clearly not something Shell is very keen on."

He adds: "They [Shell] always say ‘we’ll only invest when the government also invests,’ because they are a joint venture [with NNPC], so there is always deflection between the government and Shell, because both parties are only interested in making money." 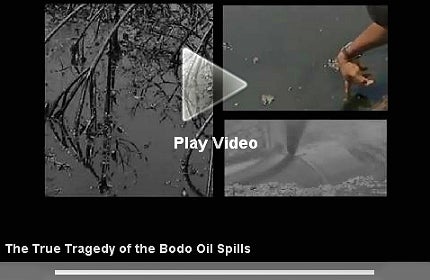 Despite winnings and losses for both parties, each side is hailing the court case a victory

If Shell isn’t liable for the majority of the billions of oil leaked into the Niger Delta, it is arguably the government’s moral responsibility to act and provide compensation, or put pressure on Shell and other companies to do so, while also guaranteeing resources for government oil regulators – who Hassink says currently rely on the boats and helicopters of oil companies themselves to carryout their work.

However, if the Nigerian Government is lacking in these areas, which they appear to be, is it not Shell’s moral duty to compensate villagers, or at least provide better protection and investment for its equipment and the local environment, considering it has made billions of pounds over 50 years off the area’s natural resources? Shell may have had a legal victory last month in its home country court, but, many will argue, it certainly didn’t have a moral one.

Many oil companies still rely on unsophisticated visual reports of oil spills, meaning many leaks are not detected until a slick comes to the surface and is visible to the human eye.