Commercial bids for the project to install a new bypass system at milestone pole 21 (MP21), connecting to the Habshan field, were submitted in August

Oman-headquartered Galfar Engineering & Contracting Company is in advanced negotiations with the onshore arm of Abu Dhabi National Oil Company (Adnoc Onshore) for a project to install a new bypass system at MP21, connecting to the Habshan field in Abu Dhabi.

Following commercial bid submissions by contractors in August, Galfar is understood to have emerged as the lowest bidder on the project with a price quotation of $62m, according to sources.

“The contract award has not been made yet. Adnoc Onshore is in advanced discussions with Galfar regarding the target price and other aspects of the project,” one source said. 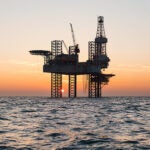 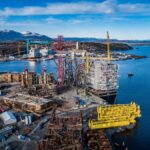 MP21 piping networks to be removed

The broad scope of work on the project covers engineering, procurement and construction (EPC) works to upgrade and enhance the current operating system at new MP21, by installing and commissioning a new bypass system at the MP20 station with pipelines and associated launcher and receiver units.

The new MP20 will serve all the functions that MP21 currently performs. All lines will be rerouted to MP20 and a new static mixer will be provided to ensure commingling in the new 48-inch header.

Upon completion of the works, the EPC contractor is expected to remove the old facilities-piping networks at the former station MP21.