Big changes are afoot in Big Oil. With ever more studies sounding the alarm about climate change, and governments giving stronger signals about a cleaner energy future – a business-as-usual approach to oil and gas will no longer pass muster.

In the US, fossil fuel behemoths Chevron and ExxonMobil have shown little intention of changing tack, even if activist shareholders are trying to amend this status quo.

In Europe, major public oil companies including Shell, BP, Total (renamed TotalEnergies this year), Eni, Repsol and Equinor have set targets of becoming net-zero companies by 2050. This is important given these companies produced a combined total of 76,747 million tonnes of CO² equivalent lifetime emissions up to the year 2017. This figure is almost twice global CO² emissions in 2019.

The companies in question are rebranding as ‘energy companies’, and say they want to develop significant clean energy businesses. Energy Monitor has analysed exclusive data from GlobalData to reveal where these developments are beginning to take place. 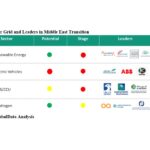 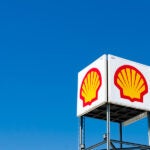 Between 2017 and August 2021, the six largest public European oil companies by revenue carried out around one-third more deals involving renewables in Europe, compared to the combined total of renewables deals in other parts of the world. Deals include Equinor acquiring Polish renewables market leader Wento in May 2021 for £109m, or BP’s renewables subsidiary Lightsource providing $255.5m in financing for West Wyalong and Woolooga solar projects in Australia in June 2021.

When the renewables deals tally is compared with equivalent figures for the companies’ oil and gas businesses, the data suggests a realignment in terms of where these companies are focusing their businesses. In marked contrast to the renewables deals data, more than double the number of oil and gas acquisition deals took place in other parts of the world compared to Europe.

The data suggests oil companies are directing a greater share of capital in their clean energy portfolios to Western countries — a situation Bronwen Tucker from the NGO Oil Change International (OCI) describes as “unethical”.

She says: “The Global South has an outsized portion of the world’s renewable potential, and so this strategy seems like it comes from misguided ideas they may be able to get away with extracting and selling fossil fuels longer in developing countries. And because renewable energy is generally not suited for export, it’s not worth pursuing markets outside of wealthy countries.”

A June 2021 report from the International Energy Agency (IEA) highlights how the shifting strategy of European oil companies has been “spurred in large measure by pressure from society and investors and by a desire to keep pace with stringent government targets to reduce emissions”. With less stringent pressures in the Global South, the authors calculate less than 1% of the annual investment by oil and gas companies in emerging and developing economies has gone into clean energy technologies.

These new investment trends are indicative of a wider trend in energy investment as the world transitions to a low-carbon economy. Many petrostates — or countries that rely on oil and gas for significant shares of their income — in the developing world face a difficult future as they begin to face up to a world with reducing oil and gas demand.

But it is not just poorer petrostates looking to diversify that are in want of clean energy capital. The entire developing world is massively lacking in clean investment, with developing and emerging economies accounting for two-thirds of the world’s population, but just one-fifth of investment in clean energy, says the IEA.

“An unprecedented increase” in clean energy spending is required for emerging economies to get on a path to net zero, expanding more than seven-fold by the end of the 2020s, says the IEA. However, clean energy investment in emerging and developing economies declined by 8% to less than $150bn in 2020, and only a slight rebound is expected in 2021.

“When energy companies produce oil and gas, they are developing a commodity that can be sold anywhere,” Vollset says. “This means you can take a larger risk when it comes to the country because you are not necessarily exposed to local infrastructure players – you can sell it [your product] anywhere.”

Oil and gas projects offer companies “double digit returns”, while renewables investments tend to be low margin, he adds. “This means renewables investors want to be able to access cheap capital, which can be hard in developing markets where big international finance organisations don’t want to over-expose themselves.”

Vollset continues: “There’s no shortage of capital to invest in renewables, but energy companies want power purchase agreements that can guarantee a revenue stream for a significant number of years. In developing countries, this would typically involve the financial backing of other governments through multilateral or bilateral development banks.”

Nevertheless, some argue the failure of Big Oil to establish an extensive, far-reaching renewables portfolio is less down to practical difficulties than a fundamental lack of sincerity in their decarbonisation pledges.

“The IEA’s Net Zero 2050 report states very clearly there should be no further oil and gas exploration if we are serious about limiting global warming to 1.5°C, but this is something oil companies are failing to encompass in their strategies,” says Asad Rehman, executive director of global development NGO War on Want.

“They are using a long-term 2050 target as a cover to simply continue business-as-usual. They are trying to pretend that somehow their business model has changed by adding a tiny percentage of green technology to their portfolios.”

While it is “difficult to gauge the pipeline of renewables” since they have a shorter development timeline than oil and gas, Total and BP’s 50GW targets for 2030 will cost roughly “$5-6bn per year”, says Rystad’s Vollset. Their respective planned capital expenditure on oil and gas is, in contrast, $10bn and $8bn a year.

While the six major European oil companies have net zero targets in place, there also remain inconsistencies around their pledges. Only Eni’s pledge is a true net-zero target covering scope one, two and three (those emitted when end-products are used) emissions, shows an analysis from OCI. In contrast, TotalEnergies is only aiming for net zero scope three emissions “in Europe”. The other companies all feature loopholes such as simply aiming to reduce the “emissions intensity” of their end-products. Robert Johnston, managing director of energy and climate at risk consultancy the Eurasia Group, says “industry has a long way to go on scope three”.

Nevertheless, Johnston predicts transitioning oil companies in Europe will invest more in renewables in Europe and around the world. He points to Eni’s renewables businesses in Tunisia, Angola and Algeria; Total signing a 1GW deal to provide solar energy in Iraq; and Repsol developing renewables assets in Chile as evidence this shift is taking place.

“The European majors generally have more global exposure and a deeper commitment to renewables than their US peers and so it’s not surprising to see them doing these kinds of deals,” he says. “We are seeing super majors maintain a presence in a country but switching from oil and gas to renewables over time.”

In a statement, BP told Energy Monitor it plans to “pursue and build renewable opportunities around the world”. It describes its hydrocarbon business as “core to our strategy, generating the funds that will enable us to increase our low-carbon investment significantly as we transform”. Car companies such as Volkswagen make a similar argument for not completely phasing out conventional cars as they transition to electric vehicles.

A spokesperson for Shell says the company is “accelerating [its] efforts to become a net zero emissions energy company by 2050 […] with short-term targets to track our progress. We want to grow demand for these products and scale up our new energy businesses even more quickly”.

While public finance institutions have long favoured investing in fossil fuel projects in developing countries, as they begin to step back, there will be new opportunities to access public money for clean energy projects overseas, says Vollset. While renewables investment has been small, if oil companies meet their targets they will genuinely transform as companies, he adds.

“If TotalEnergies meets its target of 100GW of renewables by 2030 it will be one of the biggest [renewables] players in the world,” Vollset says. “What we have seen so far is a signal that these companies intend to transition into vertical energy companies. Time will tell how that may play out.”

@nichferris
Nick Ferris is a data journalist based in London. He has previously worked at Greenpeace Unearthed, The MailOnline and The Straits Times. He is a graduate of the MA in Investigative Journalism at City University.
SUBSCRIBED