Digital media-related jobs that were closed during Q1 2022 had been online for an average of 32 days when they were taken offline.

This was an increase compared to the equivalent figure a year earlier, indicating that the required skillset for these roles has become harder to find in the past year.

Digital media is one of the topics that GlobalData, our parent company and from which the data for this article is taken, has identified as being a key disruptive technology force facing companies in the coming years. Companies that excel and invest in these areas now are thought to be better prepared for the future business landscape and better equipped to survive unforeseen challenges. 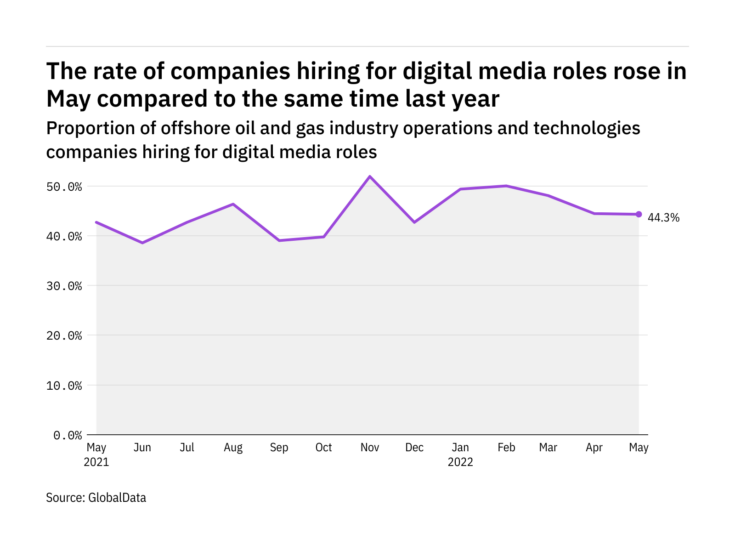 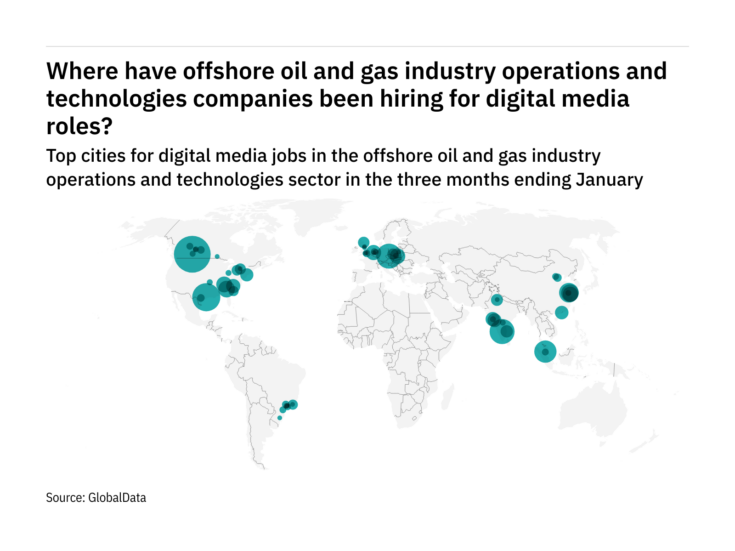 On a regional level, these roles were hardest to fill in Europe, with related jobs that were taken offline in Q1 2022 having been online for an average of 41.8 days.

The next most difficult place to fill these roles was found to be Asia-Pacific, while North America was in third place.

At the opposite end of the scale, jobs were filled fastest in the Middle East and Africa, with adverts taken offline after 25 days on average.

While the offshore industry found it harder to fill these roles in the latest quarter, these companies also found it no less difficult to recruit digital media jobs than the wider market, with ads online for exactly the same time on average compared to similar jobs across the entire jobs market.