In May 2019, Norwegian energy giant Equinor announced that it planned to shut down its Statfjord A platform in the UK-Norwegian boundary of the North Sea in 2022, 43 years after it first produced oil.

Equinor awarded the decommissioning contract covering the engineering, preparations, removal and disposal of the topside to Excalibur Marine Contractors, which planned to deploy the AllSeas Pioneering Spirit, the world’s largest heavy-lift vessel, to remove the 48,000t structure in a single lift.

Then, in January, the operator performed a bold U-turn, cancelling decommissioning and unveiling plans to extend Statfjord A’s field life to 2027. Equinor will drill around 100 new wells to maintain the current production level of its Statfjord field past 2025 and push cessation of production (COP) back to 2040.

It was a timely reminder of the inherent unpredictability of decommissioning work and the challenges facing decommissioning companies on the UKCS. The MER UK strategy obligates oil and gas producers to maximise the value of recoverable reserves, as well as return value to shareholders, and, as in the case of Statfjord A, that can necessitate extending the life of assets previously earmarked for mothballing. 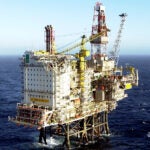 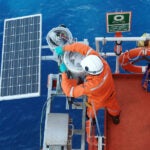 Such uncertainty is anathema to decommissioning operators, however, who understandably require a degree of stability and transparency as to when end-of-life projects will be available if they are to survive.

“It’s a tough equation to solve and I’m not sure we ever will,” states Graeme Fergusson, managing director of Fairfield Decom, a specialist decommissioning start-up established in May 2019.

“Offshore oil and gas remains a commodity-based, capital-competitive industry heavily linked to the oil and gas price. Each year the big players have to decide where they can get the best bang for their buck and if an asset is no longer profitable then it could be decommissioned, but there is very little discretionary money in the budget, and hence it is up to decommissioning specialists such as ourselves to come up with a solution through commercial innovation.”

Fairfield Decom is one of a new generation of such companies – Well-Safe Solutions, Petrodec and Maersk Decom among them – that are disrupting traditional business delivery models in an effort to secure a slice of the lucrative UKCS decommissioning market, projected to be worth £15.3bn over the next decade.

By offering integrated, end-to-end decommissioning services in one company, Fairfield Decom aims to reduce project complexity, deliver operational efficiency and drive down costs, part of a wider outsourcing trend that has emerged over the past five years that transfers ownership, operational duty holdership and project management of end-of-life oil and gas assets from the upstream operator to third parties.

“Conventional thinking was to push the COP date back as much as possible in all instances; however, at Fairfield Decom we believe that results in inefficiency over the final phases of the asset where it is barely profitable,” explains Fergusson.

“Ultimately, this is about asset retirement and liability management, ensuring that we carry out decommissioning responsibly in terms of safety and the environment at the lowest possible delivery cost.

“We argue that by integrating the process you can do that, whereas continuing to work in silos – well plugging and abandonment under one contract, stakeholder management in another, removal and disposal under another – stifles technical innovation, introduces risk and expends energy.

“If you look at the Oil & Gas Authority’s decommissioning strategy, Oil & Gas UK’s standpoint and industry opinion, it is pretty much agreed now that outsourcing asset retirement projects is the way to go.”

“The models around how commercial decommissioning projects are executed are being challenged and there is a significant gap in the market for alternative commercial strategies,” agrees John Warrender, chief executive of non-profit trade body Decom North Sea. “As an industry we need to start thinking less traditionally, moving away from reverse engineering to reduce costs and simplify decommissioning processes.”

Warrender and Fergusson also concur on the predicted volume of decommissioning work in the North Sea and how the industry can accurately match capacity with demand. They say that the opinion that there will be a steep ramp up of activity is no longer tenable; instead, Oil & Gas UK predicts a more steady, sustainable stream of work worth an estimated £1.5-2bn a year over the next two decades.

“I think it is recognised that there is not going to be a bow wave – there will be sustainable limit or maximum volume of work that will probably be flat for the foreseeable future,” confirms Warrender.

“In the recent past the industry has had excess capacity, assuming a higher volume of work, and the supply chain is having to adjust down. We don’t want every decommissioning project happening at the same time, and different assets also have different lifespans, so what we are really trying to do is connect the capacity side to the asset life predictions in order to create collaborative, aggregated work.”

Fergusson looks back to the oil price collapse of 2015-16, which many decommissioning companies believed would be the start of a decommissioning boom on the UKCS, and bemoans what he calls ‘spreadsheet decom’.

“Many companies, ourselves included, thought a surge in decommissioning activity would begin, because if an asset isn’t economic it will be decommissioned, right? – but that was just naïve,” he ruminates.

“Over the last three years, many projects that may not look economic on a spreadsheet haven’t been decommissioned because there wasn’t the appetite, the free cash, or those companies just needed those fields to keep going, so they have forced down their OPEX and made them economic.

“That is where Fairfield Decom fits in – we are prepared to ride out that market uncertainty.”

MER UK aims to maximise recovery from the UKCS, but the perception that it intrinsically defers projects – and is therefore a stumbling block for the decommissioning industry – is flawed, says Fergusson.

“The key word in MER UK is ‘economic’,” he says. “It’s about looking point forward. If you are only making $3–4 a barrel from that asset and it is not producing very much, then saving £100m during decommissioning is worth doing because that puts volume back in the owner’s shareholders pockets, and will ultimately cost the taxpayer less as well.

“For that reason, we see what we are doing at Fairfield Decom as being wholly consistent with MER UK.”

Collaboration between industry stakeholders, transparency on behalf of oil and gas companies as to when decommissioning work will become available, investment in new technologies that increase efficiency and cut costs, and new approaches to how decommissioning projects are owned and managed; all of these factors will play a part in shaping the end-of-life market in the North Sea over the next two decades.

“I expect well abandonment technologies to continue to evolve,” says Warrender. “Wells constitute one half of the decommissioning bill, so how we plug and abandon them is a real potential for cost reduction.

“The operating community must also recognise that decommissioning is not necessarily competitive in the same way developing oilfields has been, and that there are cost savings to be made by being more collaborative and aggregating work. One way to incentivise this transparency is through regulation.

“Finally, I expect to see the trend for creative change to continue, with specialist decommissioning companies looking to deliver fully integrated solutions, from removal to disposal. In five years’ time we won’t be decommissioning the way we are today.”