Since its founding in 1960, the Organisation of Petroleum Exporting Countries (OPEC) has had a major influence on the development of the world’s oil and gas industry. From its early days as a coalition representing half of the world’s production of crude oil, through warfare in the 1990s and the departure of members in recent years, the group has worked to protect the interests of its member states, and the global oil and gas market.

However, the departure of Qatar at the start of 2019 triggered a new wave of instability in OPEC after years of trying to stabilise both policy and membership, leading to concerns about the long-term future of the organisation. At the end of the year, Dutch bank ABN AMRO released its annual reports, with senior energy economist Hans van Cleef declaring that “OPEC fails to convince” both in terms of solidifying its own policies and position, and in terms of its influence relative to the world’s other oil and gas powerhouses. We speak to van Cleef about his predictions, and what the future could hold for OPEC.

JP Casey (JPC): Could you talk more about OPEC’s influence over its members; is its power weakening?

Hans van Cleef (HvC): There is a common interest amongst OPEC members to balance oil markets. Stability means not only price stability, but also a stable production level. And although Saudi Arabia and its direct partners (mainly UAE and Kuwait) normally take the burden of a production cut, there used to be a lot of consensus amongst OPEC members regarding its policy to balance markets.

Nevertheless, in recent few years, Saudi Arabia seems to dominate (read: dictate) the OPEC policy while most other producers try to produce as much as possible to balance their fiscal budget expenses while facing today’s low oil prices. So, indeed there seems to be less alignment regarding its policy. Still, this can also have something to do with internal problems some OPEC members face domestically (Iraq, Iran, Libya, Venezuela) which forces Saudi Arabia to take this role in order to prevent OPEC to fall apart. 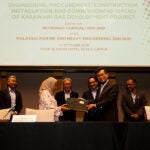 JPC: Would you say that the balance of power is shifting away from OPEC and towards countries such as Russia and the US?

HvC: Indeed, power is shifting somewhat away from OPEC. Its market share is shrinking and the fact that OPEC cuts production in order to balance the market, this shift even accelerates. The US is now the largest oil producer, followed by Russia (second) and Saudi Arabia (third). As long as US shale oil production continues to grow, and even outpace the rise in global demand, OPEC’s market share will continue to decline. It is not a short-term trend in my view. But the trend will change as soon as US shale oil production starts to plateau, and even decline at some point in time.

There is a risk though that OPEC may decide to open the taps again and flush the market with oil at some point in time when they feel that its market share has become too small too soon. This was done before, after the 1986 slide of its market share (triggered by rise of North Sea oil), and repeated in 2014 (rise of US shale), which in the end triggered a collapse of oil prices. It is not my base case scenario, but cannot be fully ruled out either.

JPC: Do any other countries have such direct influence over global trends, or is China unique in this regard?

JPC: Do you expect OPEC to take any steps to strengthen itself in 2020? What impacts could this have on the global oil and gas industry?

HvC: During the latest OPEC meeting, the new Saudi Energy minister hinted that compliance amongst OPEC members should increase. If not, Saudi Arabia would not feel obliged to meet its targets too. He suggested that if the others wouldn’t join in cutting oil production for its fair share, Saudi Arabia would increase production again. [In] early March, the next OPEC meeting will take place. More hints regarding compliance and possible action will be seen then.

JPC: You also noted that the market is “neutral positioned” heading into 2020. What could this mean for the future of the sector?

HvC: The neutral positioning of the market was mainly related to open contracts speculating on price gains of price declines. These investors [and] speculators would not look too far ahead in time and mainly enter these kind of positions to benefit from price swings. It does mean that oil prices are more and more affected by market speculation. Investors see hope and fear based on headlines as an important driver whilst the fundamentals have become less relevant. Larger price swings do have an effect on investment decisions, and in that respect it has become more difficult to predict near term directions of the sector. Luckily, the economic fundamentals do remain the most important drivers for the long term direction.