After years under development, automated vessel technology has reached a new level of maturity and offers many of benefits for exploration and inspection above and beneath the waves. Are automated vessels and ROVs ready to become offshore operators’ first choice?

GlobalData analyst Ravindra Puranik said: “Typically, these ROVs are tethered to a support vessel using umbilical for power and manoeuvring. Lately, companies are devising different approaches to minimise or eliminate the requirement on support vessels and umbilical, thereby making these vessels ‘autonomous’.

“This is providing improved flexibility in conducting offshore inspections as operators are no longer dependent on the availability of support vessels, which is particularly useful during storms and other emergencies. Moreover, autonomous vessels also enhance worker safety while reducing the carbon footprint during these operations.” 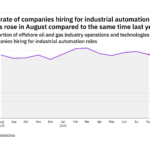 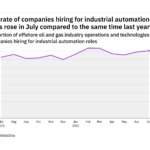 Better communication can move offshore workers back to land

ROVs depend on reliable connectivity to a human pilot somewhere in the world who can step in when automation fails. Both Armada and Fugro are focusing on piloting from onshore facilities.

General manager for product development Ketil Olaf Paulsen told Offshore Technology: “The key to responsiveness and flexibility is connectivity. By maintaining secure, reliable communication links, there is no reason why an autonomous ship cannot change destination or alter its passage plan as easily as a crewed vessel. For an entirely autonomous and unmanned vessel, the captain is still in charge, but the bridge has effectively moved to the shore.”

For the offshore industry, automation could mean fewer people required to leave land for their work. Many new vessels are electric, and the hope is that in time automation could be cheaper than a manually piloted vessel.

“Autonomy is in its infancy” – technology is evolving rapidly

Norwegian company Equinor has developed subsea garages, allowing ROVs to remain permanently housed below the water line on offshore platforms. The garages feed ROVs via umbilicals, drawing power from the platforms they are attached to.

“We live in a global economy of which shipping is an essential part, so the efficiency and more environmentally-friendly operation facilitated by autonomy is guaranteed to be a growth area.

“Reliability is improving all the time through digitalisation. By monitoring every aspect of a vessel’s systems, both crewed and autonomous ships can detect degraded performance and advise remedial action before serious problems occur.”

GlobalData’s Puranik says the use of artificial intelligence (AI) and machine learning is leading to better navigation and automation for vessels. He said: “The fusion of sensor technologies and AI would facilitate in enhanced data collection for inspection and surveying in offshore environments. This would minimize the deployment of personnel for performing these tasks, thus vastly improving HS&E in oil and gas operations.”

Paulsen said: “Autonomy is an evolving technology, but the key point is that with increased levels of digitalisation and reduced crew requirements, voyages can be optimised for maximum efficiency and sustainability. For long routes, vessels can travel more slowly if they are carrying non-urgent cargo, arriving just in time and hence saving fuel and avoiding queues of idle ships outside ports. For short sea routes, efficient ship operation is likely to gain popularity as a means to move cargo from shore to sea.

“Autonomy is the future. Whether on land or sea, autonomy is the clear way forward to increase efficiency – both in economic and environmental terms – and to reduce incidents caused by human factors.”