GlobalData’s latest report, ‘Global Propylene Capacity and Capital Expenditure Outlook, 2021-2030 – Asia and Middle East Lead Global Propylene Capacity Additions’ states that the global propylene capacity is poised to see considerable growth over the upcoming years, potentially increasing from 133.18 million tonnes per annum (mtpa) in 2020 to 199.35mtpa in 2030. Around 123 planned and announced plants are slated to come online by 2030, primarily in Asia and North America. 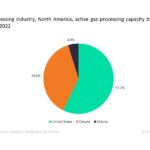 In Europe, Belgium has the highest planned and announced propylene plants with a total capacity of 1.50mtpa by 2030. The capex for these plants is $1.40bn by 2030.

In the Former Soviet Union, Kazakhstan plans to spend $0.51bn to add capacity of about 0.86mtpa, expected onstream by 2030.