GlobalData’s latest report, ‘Global Ammonia Capacity and Capital Expenditure Outlook, 2022-2030 – Former Soviet Union Lead Global Ammonia Capacity Additions’, states that the global capacity is poised to see considerable growth over the upcoming years, potentially increasing from 238.41 million tonnes per annum (mtpa) in 2021 to 288.61mtpa in 2030. Around 102 planned and announced plants are slated to come online, primarily in the FSU and Asia.

In Asia, the majority of the capacity additions are in India, with a total capacity of about 7.70mtpa by 2030. The country is expected to spend a capital expenditure (capex) of $4.89bn. Reliance Industries Ltd is the top company accounting for the major capacity additions in India. 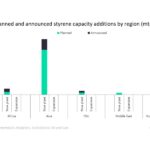 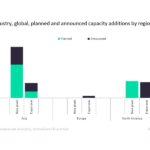