Riyadh is positioning Aramco for an upstream future with an expanded role for gas projects and overseas ventures.

Saudi Arabia is making good on its promise to the Organization of the Petroleum Exporting Countries (Opec) and non-Opec countries by shouldering the bulk of the 800,000 barrels-a-day (b/d) of output cuts stipulated for the oil producers’ group.

Indeed, the Kingdom produced 10.2 million b/d in January and has promised to pump even less, at 10.1 million b/d, in February – a rate significantly below the 10.33 million b/d ceiling agreed upon during the Opec+ meeting in Vienna in December last year.

And according to Saudi Energy Minister and Saudi Aramco chairman Khalid al-Falih, the Kingdom will continue to produce less than its quota through to June, when the Opec+ agreement is due for review, in an effort to keep crude prices favourable for all producers. 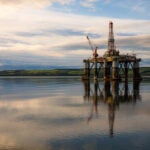 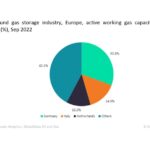 However, even as Saudi Arabia has reduced its output of crude oil, late 2018 and early 2019 has seen Riyadh take key steps to strengthen the position of Saudi Aramco in the upstream sector.

In early January, Aramco revealed the extent of Saudi Arabia’s hydrocarbons reserves after a third-party audit – a disclosure necessary to fulfil its objective of listing shares on the stock market.

The audited figures confirm that Saudi Arabia holds an oil reserves base far larger than the approximate 156 billion barrels of combined reserves maintained by the US and Russia, the current top two global oil producers.

The Kingdom has also demonstrated its ability to continue its discoveries and replenish its reserves, despite having consistently produced about 10 million b/d for decades.

“This certification [of Saudi Arabia’s reserves] underscores why every barrel we produce is the most profitable in the world, and why we believe Saudi Aramco is the world’s most valuable company and indeed the world’s most important,” said Al-Falih.

January also saw the government shore up Aramco’s value proposition ahead of the initial public offering now scheduled for 2021 by explicitly affirming the state oil giant’s exclusive rights over the Kingdom’s hydrocarbons resources in a public statement by Al-Falih.

In August 2018, Aramco’s exploitation rights were formalised under a 40-year concession agreement with Riyadh that sought to clarify the long-term nature of the company’s future market access.

The move nevertheless fuelled speculation that Riyadh was considering opening up its upstream domain to investments from international oil companies after the 40-year period, perhaps with a model akin to that adopted by Abu Dhabi for its onshore and offshore concessions.

Al-Falih dismissed this possibility, however, stating: “There is no intention whatsoever to chip away at Aramco’s exclusivity and its concession. Everything else remains as is for Saudi Aramco as we prepare for what we hope will be a speedy process to prepare for the IPO.”

Beyond the stable future for its oil, Aramco has also set a target to raise gas output to 23 billion cf/d over the coming decade. The increased gas production aims to boost the share of gas in Saudi’s energy consumption mix from about 55 per cent at present to 75 per cent, and thereby free up more crude for Aramco to sell.

Aramco processes the gas it produces from its conventional oil and gas fields at its main gas processing plants at Haradh, Hawiyah, Shedgum, Uthmaniyah, Fadhili, Wasit, Shaybah, Karan and Midyan. To meet its 2030 gas production target, however, Aramco will need to increasingly tap unconventional reserves.

So far, its exploration campaign has yielded shale gas resources to the south of the Ghawar onshore oil field, to the northwest of the Kingdom and in the Jafurah basin, and Aramco is understood to have recently solicited interest from contractors for an engineering, procurement and construction project to extract gas from the south Ghawar area.

While the evaluation is ongoing, Aramco has stated that there “are highly promising quantities and economically feasible as they contain a high rate of liquids” and that unconventional gas contributions “will reach 15 per cent of the total gas production of 23 billion cf/d in the gas programme over the next 10 years”.

Finally, to supplement its efforts to raise its gas production capabilities at home, both for fuel and as feedstock for the Kingdom’s industries, Aramco is also evaluating opportunities in gas exploration and production from overseas assets.

In November 2018, Aramco signed a memorandum of understanding with Abu Dhabi National Oil Company (Adnoc) for potential collaboration across the gas value chain. At the time, a source reported that the two-state energy giants were considering jointly participating in exploration and production activities in gas assets in North America, Europe, Russia and Asia.

In January this year, Aramco’s CEO Amin Nasser revealed that the energy behemoth was preparing to spend “billions of dollars” to acquire natural gas.