GlobalData’s latest report, ‘North America Capacity and Capital Expenditure Outlook for LNG Liquefaction Terminals, 2021-2025′, indicates that North American liquefied natural gas (LNG) liquefaction capacity is expected to grow by more than 200% over the next four years, potentially increasing from 72.9 million tonnes per annum (mtpa) in 2021 to 241.6mtpa in 2025. The capacity additions are both from planned projects with identified development plans, and early-stage announced projects that are undergoing conceptual studies and that are expected to get approved for development.

Among countries, the US dominates North America with 130.5mtpa of liquefaction capacity additions by 2025. Mexico and Canada follow with capacities of 26.0mtpa and 16.8mtpa, respectively.

Among planned and announced terminals in North America that are expected to start operations by 2025, Plaquemines in the US has the highest LNG liquefaction capacity additions with 20mtpa. Delta LNG and Rio Grande, also in the US, are the other major terminals with 19.8mtpa and 16.2mtpa, respectively. 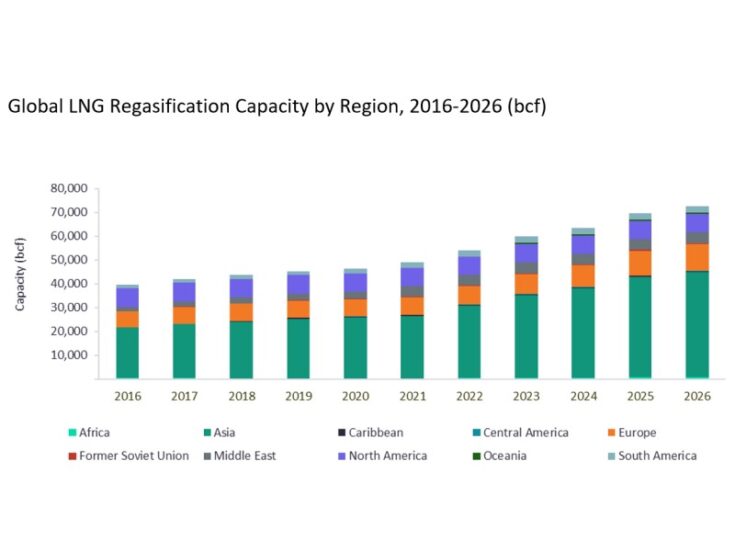