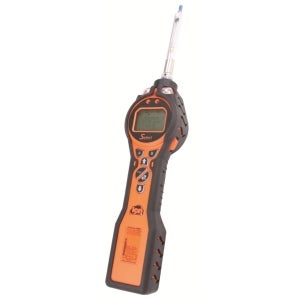 Benzene remains an important industrial chemical, but it is well known as extremely hazardous and recognised as a carcinogen. Legislation across the globe has been put in place to ensure exposure of benzene at plants where it is produced is minimised. Modern PID instruments offer the means to monitor benzene concentrations down to 10ppb or better.

Benzene is a natural constituent of crude oil. Assuring safety of personnel working on oil refineries generally in the extraction of benzene in particular depends on keeping exposure within tightly specified limits. European law requires that benzene exposure at refineries be reduced as far as is practically possible, with levels no higher than 1ppm averaged over a time weighted average (TWA) eight hour day, or 5ppm for 15 minutes as a short term exposure limit (STEL). Production facilities must monitor pipework, seals and valves, and measure emissions from process equipment. Similar regulations exist in the USA and in fact in most jurisdictions.

One of the aromatic hydrocarbons, benzene is extremely hazardous. The immediate effects of high exposure include headache, dizziness, nausea and tiredness, while long term exposure of excessive levels is a direct cause of leukaemia. As well as being a known carcinogen, benzene is also associated with various blood disorders (such as anaemia) and pre-cancers of the blood. It also attacks the liver, kidneys, lungs, heart and brain, and can cause DNA strand breaks and chromosomal damage.

But benzene is also an industrially important chemical, being an intermediate in the manufacture of various plastics, nylon, resins and various pharmaceuticals. As such it is separated from other hydrocarbons as part of the petrochemical refining process in many plants and extracted as raw benzene.

Monitoring of benzene is best performed with PID using a three-stage process. The first stage is to monitor concentrations of total aromatic compounds (TACs) using a selective 10.0eV lamp, with no pre-filtering for benzene. If this TAC value is within the 1ppm limit, then benzene concentrations must therefore be within the 1ppm limit. If the TAC level is higher than the 1ppm limit, then stage two is to filter out the hydrocarbons that would interfere with detection of benzene and then test again. If the level of benzene is below 1ppm, then again all is well. If it is higher, then the final step is to perform a 15 minute STEL test.

The Tiger Select from Ion Science is a revolutionary hand-held gas detector with two-mode operation for the rapid detection of benzene and total aromatic compounds. The most sensitive such device available, the Tiger Select is capable of providing both 15 minute STELs and 8 hour TWAs for TACs using its proprietary high output 10.0eV lamp.

Industrial (or occupational) hygiene places the emphasis on prevention of ill health from work, through...

Benzene and TAC Detection in one Instrument

Ion Science has introduced the revolutionary new Tiger Select for the detection of both benzene...

The Ion Science PhoCheck+ has received independent verification as the best-performing photoionisation detector (PID) by...