A consortium consisting of Lloyd’s Register and IGI was given the contract to fund the first year of a four-year UKCS Petroleum Systems Project. They will compile a comprehensive database of legacy geochemical data acquired across the UKCS over the last fifty years.

This database will consist of sample information and analysis from the legacy well, sampling databases that are presently curated by the British Geological Survey on behalf of the OGA. 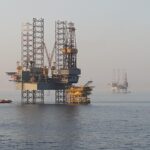 Upon completion, the geochemical and supporting geological databases resulting from the contract will become available to industry and academic communities.

“Products resulting from the contracts will make significant additional contributions to the seismic, well and map-related data packs already released by the OGA.”

A further contract was granted to Ikon Science to analyse the rock physics and seismic amplitude responses of the underexplored Jurassic and Triassic plays of the Central North Sea and East Shetland Basin areas.

The findings will be shared with the wider exploration community ahead of the 32nd Mature Licensing Round, and if successful, will be used by the OGA to promote unlicensed opportunities in the UKCS prospect inventory.

The OGA is also working with Agile Scientific to offer free geo-computing training courses to enable subsurface practitioners working on UK licences to gain key data science skills, which can be applied to draw insights from subsurface data throughout the lifecycle of an asset.

These courses will be given in Aberdeen and London during the third quarter.

Furthermore, the OGA is working with Agile Scientific to host two machine-learning boot camps and subsurface hackathons, in Aberdeen and London during November.

OGA principal regional geologist Jo Bagguley said: “The award of this diverse set of contracts continues to demonstrate the OGA’s commitment to reviving exploration activity in the UKCS.

“Products resulting from the contracts will make significant additional contributions to the seismic, well and map-related data packs already released by the OGA.”