In terms of value it advised on total announced deals worth $201bn in the second quarter of 2018.

In terms of volumes, Jones Day topped the charts with 135 deals during the quarter, followed by Latham & Watkins LLP and Goodwin Procter LLP with 59 deals each. These three advisers are ranked 15th,  3rd and 13th in value terms, respectively.

GlobalData used its tracking of all merger and acquisition, private equity/venture capital and asset transaction activity around the world to compile this league table. 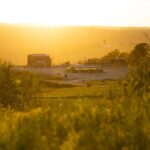 All announced deals count towards the league table total compiled by GlobalData.