Goldman Sachs was the leading financial adviser globally for mergers and acquisitions (M&A) in the first three quarters (Q1-Q3) of 2019 in the oil & gas sector, according to GlobalData.

The American multinational investment bank topped the rankings with a deal value of $214.4bn, by advising on 17 deals during the period. Bank of America Merrill Lynch stood at second position with $177.6bn earned on advising 20 deals.

Advisers
Drone use cases have grown in oil & gas operations 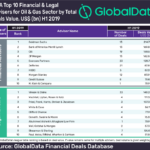 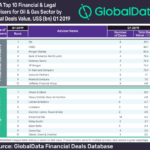 GlobalData has published a top ten league table of financial advisers ranked according to the value of announced M&A deals globally. If the value remains the same for multiple advisers, the deal volume is given weightage.