On Monday and Tuesday, oilfield services company Baker Hughes held its Annual Meeting and conference for the oil and gas industry. The conference was held online due to the Covid-19 pandemic, allowing upstream and downstream businesses to watch technology sessions and keynote speeches in an (almost) seamless virtual environment.

While conferences often focus on possible future innovations, many talks focused on the potential of current innovations that have accelerated in the past year. Here is what we learned during the conference.

Technology collaboration will be the way forward

Throughout the conference, speakers emphasised the value of industry-wide collaboration, particularly as part of the energy transition. 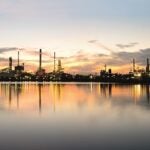 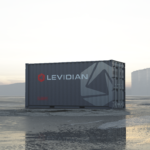 In a roundtable discussion, Baker Hughes executives discussed the potential of digital monitoring, and where collaboration enters the system. Baker Hughes chief technology officer of digital solutions Scott Parent told us: “We’re opening the door to plug-and-play across Baker Hughes, whether that be emissions monitoring, rotating equipment, or other things. The digital footprint has grown.

“In discussions with the team, we have recognised that there are parts of our facilities we are not going to monitor and build analytics for; there are other companies that do that. If we have a digital environment that is open enough to allow other companies in, then it gives us new capabilities and makes our system more valuable. We’re still mulling the strategy over, but it makes a lot of sense for us. More integration, broader application, more assets under one roof.”

Oilfield services vice president of digital Shan Jegatheeswaran continued: “We don’t want to be the CostCo of digital. We need to focus on what we want to be great at, and where we want to partner. Co-operation is greater than corporation, and we don’t want to get caught up in the nitty-gritty of who owns what. Co-operation is going to affect who we hire, and how we build software going forward.”

As part of this, Baker Hughes announced a collaboration with Shell, C3 AI, and Microsoft to build a set of AI systems for oil and gas companies. These systems would be interoperable both between themselves and with existing industry solutions.

The current systems operate with pre-trained AI models in equipment-specific and process-specific modules. These can use libraries of operating parameters for machinery, monitor a systems global health, and recommend actions to prevent system failures. Shell has started by making its predictive maintenance modules available.

Shell chief technology officer Yuri Sebregts said in a statement: “Over the last few years, we have been working with C3 AI to scale our AI-based predictive maintenance solutions to reduce costs and improve the productivity, reliability, and performance of our assets. We are monitoring more than 5,200 pieces of equipment using machine learning across upstream and downstream manufacturing as well as integrated gas assets.”

Later, Sebgrets joined C3 CEO Tom Siebel to discuss the wider rollout of AI. Siebel mentioned his company’s application of large-scale AI in energy grids, such as that owned by Enel, and its upcoming initiative to encourage research in AI applications for processes such as carbon sequestration.

The same speakers also looked at their hopes for the digital technologies rapidly deployed in response to the pandemic.

Baker Hughes vice president of global drilling services Paul Madero said: “We typically would have a field engineer on a rig carrying out work, but we’re redistributed that back to a remote operations centre. While remote operations gives better continuity, it also enables better outcomes.

“This continuity with these outcomes means this technology really is here to stay. We’ve had 50 customers across 12 countries adopt remote operations for the first time in 2020. It now represents 90% of all our drilling globally. In 2020, this was around 50%. We’re also starting to see more remote operations capabilities in production, in areas like chemicals, completion, and cementing.

“We used to need many skilled people on rigs, when now we don’t even need people to go offshore for operations. In ten to fifteen years’ time, will we have no-man rigs? Potentially.”

Expanding on the implications for current workflows, Parent said: “Efficiency comes from leaning out the process, and human beings aren’t the leanest things in the process. You have to remove the humans and re-engineer the process for automation, then you see remarkable productivity gains. There’s no beating robots.”

The dawn of green hydrogen, and blending with natural gas

In its technology-focused sessions, speakers from Baker Hughes and its partners spoke about the coming hydrogen revolution. In one of the keynote sessions, a panel of hydrogen industry CEOs asserted that hydrogen’s time has come.

Snam CEO Marco Alverà said his company aims to produce hydrogen for $2/kg within the next five years. He said: “At that point, it becomes competitive with fossil fuels in certain applications. The next step is to lower the cost of electrolysers.”

However, Air Products CEO Seifi Ghasemi said: “I think the fundamental change is in public opinion. While it may cost $2/kg to produce, it would cost a lot more to take that hydrogen to a fuelling station, something like $9 or $10.

In a session on the future of pipelines, Snam plants technical support manager Marco Tarenzi spoke about his company’s move from gas turbines to ‘dual fuel’ plants using a natural gas and hydrogen blend. He said: “In this way, we can reach carbon reduction goals through electrification. One year ago, we spoke about field tests using a 10% hydrogen mixture in our network. In July, our tests found no changes to output from adding hydrogen, and of course the turbines produced less CO and CO₂.”

Elsewhere in the Annual Meeting, two Baker Hughes executives were asked when they expect hydrogen to become a significant earner for the company.

Executive vice president for regions, alliances, and enterprise Uwen Ukpong said: “The fact of the matter is, you need to start somewhere. We have been in the hydrogen business since 1962, but now the narrative is changing because of green hydrogen. As with every nascent technology, the cost will be high initially and you need to carry on with it until it is profitable. If you don’t start now, you won’t be ready when the market picks up.”

Executive vice president of strategy and business development Michele Fiorentino said: “To answer this, one has to step back and ask: ‘What is needed not just for hydrogen, but for decarbonisation?’. It’s often the case that people fall in love with specific solutions at specific points in time. Until there is a level playing field to gives a price to the cost of pollution, it will be very difficult for these technologies to really take off.

“The reality of hydrogen is, if the right market incentives existed today, we are talking about it becoming mass-market in ten years. Even then it will not be the only solution. If a long cable offers a better solution, why would I use hydrogen?”

Early on, Baker Hughes chairman and CEO Lorenzo Simonelli announced a project to decarbonise the LNG projects of Russia’s Novatek. This project would replace methane fuel supplies with a hydrogen and natural gas blend at Novatek’s Yamal LNG complex. The project would retain existing natural gas liquefaction facilities, with the companies working together on compression and power generation hardware.

In another session, Novatek chairman Mark Gyetvay later spoke to the conference about expanding the company’s LNG portfolio in the Arctic.

He said: “Recently, the Russian Ministry of Energy set targets of delivering up to 140 million tonnes of LNG from the Arctic by 2035. Our strategy for this relies on completion of three LNG projects by 2026 and 2030.

“Equally importantly, we will work on our logistical model and build two LNG terminals, in Murmansk for westbound deliveries and Kamchatka for eastbound deliveries. This will ensure full-year use of a northern sea route.

“Macro-economic factors will lead to energy consumption growth in Asia, especially in natural gas. We forecast that approximately 80%-85% of Novatek’s LNG production will shift toward this region.”