Lawmakers in the US have said they are “tracking” companies building the NordStream 2 pipeline, and will sanction those involved.

On Thursday, US secretary of state Antony Blinken published an online statement warning companies involved in construction not to continue. The warning comes shortly after President Biden promised to retaliate against Russian interference in US elections.

Blinken wrote: “As the President has said, Nord Stream 2 is a bad deal – for Germany, for Ukraine, and for our Central and Eastern European allies and partners.  The department is tracking efforts to complete the Nord Stream 2 pipeline and is evaluating information regarding entities that appear to be involved.

“As multiple US administrations have made clear, this pipeline is a Russian geopolitical project intended to divide Europe and weaken European energy security. The sanctions legislation congress passed in 2019 and expanded in 2020 has significant support from a bipartisan congressional majority. 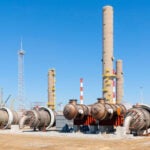 “The department reiterates its warning that any entity involved in the Nord Stream 2 pipeline risks US sanctions and should immediately abandon work on the pipeline.”

The role of NordStream 2 in US politics

Previous secretary of state Mike Pompeo imposed sanctions on the pipelaying vessel Fortuna, which carried out much of the work on NordStream 2. Biden’s administration has continued the sanctions established under Trump, and opposition lawmakers say they have identified 15 entities involved in construction that should receive further sanctions.

The Biden administration has made clear the Nord Stream 2 is a bad deal. We continue to monitor activity and warn any entity involved in the Nord Stream 2 pipeline will risk sanctions. We are committed to complying with the Congressional legislation in this regard.

In a press briefing on later that day, Blinken’s spokesperson Jalina Porter would not say whether Blinken had discussed the NordStream 2 comments with the White House. She also gave little away as to why the secretary made the statement at that time.

She said: “As the President and Secretary Blinken have said before, Nord Stream 2 is a bad deal. The Biden administration is committed to complying with the legislation that’s already been out. That’s bipartisan legislation.”

However, the statement may have come from broader motives in domestic politics. Reuters reported that shortly after the statement, opposition senator Ted Cruz revoked his objections to two of President Biden’s cabinet appointments.

Cruz also opposes the construction of the pipeline, along with many politicians from both major US parties. The senator said he would continue objecting to another appointment until the US sanctions on all involved in NordStream 2.

Why has NordStream 2 caused controversy in the US?

Constructors have mostly completed the pipeline, with construction set to end before October. This has led US politicians to urge stricter sanctions before construction ends, though certification processes will follow this.

Russian state-owned oil and gas company Gazprom has led the project along with European partners.

German lawmakers have also expressed doubts over the projects, but have ultimately decided to continue. On Friday, Angela Merkel’s spokesperson Steffen Seibert told reporters the chancellor’s stance had not changed: “We reject extraterritorial sanctions as they have been threatened and imposed by the US.”

Merkel has said she will not run in German elections later this year. These will likely involve debate over the pipeline, as some German parties remain heavily against it. Given Germany’s electoral system, smaller parties could hold the balance of power, putting the pipeline permitting process in further peril.

In the US, the Biden Administration sees the pipeline as working against two stated policy objectives. One of these involves the suppression of fossil fuel use, which contributed to the cancellation of America’s own Keystone XL pipeline earlier this year, and the other an opposition to spreading Russian influence, with the President saying that “the days of the United States rolling over in the face of Russia’s aggressive actions are over”.

Earlier this week, Biden called Putin a “killer”, likely referencing his personal approval of several assassinations in Russia and Europe. He also pledged that Putin would see “consequences” to his interferences in US elections.

EXCLUSIVE: Pres. Biden told @GStephanopoulos that he agreed Russian President Vladimir Putin is a “killer” and will “pay a price” for interfering in U.S. elections. https://t.co/rIe2ms8sSv pic.twitter.com/VtAGCvF9hp

In response, Russia recalled its ambassador to the US for talks to prevent the “irreversible deterioration” of ties. A Russian Government statement said the countries’ relationship had reached a “blind alley”.

In a broadcast on Russian TV, Putin responded to Biden by recalling a Russian playground rhyme that literally translates to: “Whoever calls names gets called those names”. Translators have likened the phrase to the English idiom “It takes one to know one,” likely referencing the US’ involvement in Middle-Eastern wars.

In the press conference on Thursday, spokesperson Porter said: “The goal of our relationship with Russia is one that we want to be predictable and stable down the line. When there are opportunities for us to be constructive and it’s in our interest to do so, we’ll definitely pursue them. But given Russia’s conduct in the past couple months, there will obviously be elements of the relationship that are adversarial. And we won’t shy away from those.”

When recently asked how he would respond to Russian interference, Biden said: “You’ll see shortly.”