Global crude oil prices have dropped ahead of the release of the US inventories data by the Energy Information Administration (EIA), which would indicate where prices would head in future.

Lats week, oil prices edged up following the Organization of the Petroleum Exporting Countries and allies, known as OPEC+, deciding to maintain production cuts in April. 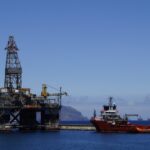 Consultancy Energy Aspects analyst Virendra Chauhan was cited by the news agency as saying: “It’s a realisation that there was no impact on supply from the attack.”

Chauhan said that the oil prices have been reduced due to several factors, including drawing crude from storage by importers such as China and India at current high prices, as well as anticipation of increased supply by Iran.

Citing data from American Petroleum Institute, trading sources said that the US crude inventories jumped by 12.8 million barrels in the week ending 5 March.

Meanwhile, higher prices are expected to result in the return of more crude supplies from the US to the market, Reuters reported.

FG Bank analysts were quoted by the news agency as saying: “The current WTI oil price is well above the level needed to incentivise a substantial increase in US production, which, according to surveys by the Dallas Fed and the Kansas City Fed, stands at around $56 per barrel.

“The longer it remains above this threshold, the greater the incentive for the US and other non-OPEC+ producers to increase production.”