A UK government report on the country’s production industries shows electricity and gas to be the only industry sectors increasing production over the three months up to November 2019.

Compiled by the UK Office for National Statistics, the report compares production growth by the manufacturing, mining and quarrying, water and waste, and electricity and gas sectors.

Generation and transmission of electricity grew by 1.2% in contrast to gas manufacturing, which fell by 1.3%.

Compared with the same period in 2018, gas manufacturing fell by 7%.

Industry News
Sakhalin-1– Beyond the Controversy 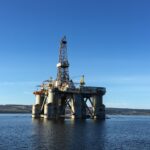 “This is mainly due to fewer gas projects being progressed in recent years, with a steady stream of new investment required to support production levels. Overall, oil and gas production has increased by 20 per cent over the last five years, driven primarily by increased oil production.

“There is, however, a range of new gas production opportunities being progressed in the basin such as the Tolmount field in the southern North Sea and Glendronach, west of Shetlands.

“Along with production from the Culzean project, this will help support domestic gas production in the coming years in line with the ambitions within industry’s Roadmap 2035.”

Electricity production was 0.6% greater in the three months to November 2019 than in 2018. Month-on-month, electricity and gas rose by 0.1% and 0.3% respectively, as falling temperatures caused a small rise in demand.

In the 12 months to November 2019, gas and electricity together grew by 0.84%, after two years of falling production.