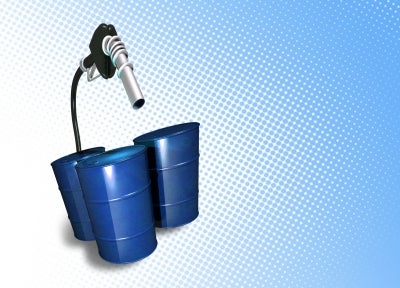 Oil prices gained today as robust economic data from the US and China enhanced the outlook for energy demand in the countries.

Data that showed the US private sector added the same number of jobs in July as a month before, which fuelled optimism over the outlook for the US economy.

Investors were also encouraged after the US Federal Reserve said the economy continues to recover, but is still in need of support.

It gave no sign as to when it plans to reduce its economic stimulus programme.

Any reduction would help the US dollar to recover, dragging on assets denominated in the currency.

A rise in oil prices was restricted, however, as a report from the Energy Information Administration (EIA) revealed an unexpected jump in crude stockpiles.

Brent received some support due to supply concerns from the Middle East and North Africa, while Libya reduced oil exports by a large extent due to protests.

A Reuters survey has showed that Organization of the Petroleum Exporting Countries‘ (OPEC) July crude output dropped to a four-month low, as supplies were interrupted due to protests and violence in Libya and Iraq.

Organization of the Petroleum Exporting Countries