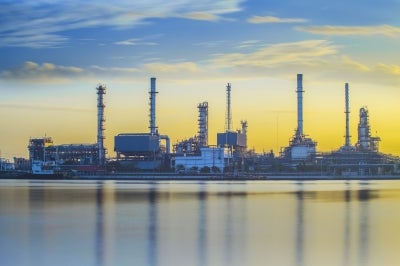 According to the upstream oil and gas division of the Wison Group the project, currently under construction, marks the first construction project at its Zhoushan yard and comprises of 84 modules of about 26,000t, which will be delivered in eight batches.

Located on Xiushan Island in Zhoushan, in Zhejiang province, the yard covers an area of 1.5 million square metres with a coastline of 2,300m.

Construction on the second phase of the yard is in progress, with completion and operations scheduled for 2015.

The Zhoushan yard is said to be Wison Offshore & Marine’s largest fabrication facility and will supply products, including jackup and semi-submersible drilling platforms and offshore oil production platforms.

"Located on Xiushan Island in Zhoushan, in Zhejiang province, the yard covers an area of 1.5 million square metres."

The yard is also equipped to supply large jackets, large-scale offshore floating cranes, liquefaction and gasification units for FLNG, FPSO and FSO, along with modularised components for both offshore and onshore heavy industrial units.

As part of the project, pipe racks and other modularised equipment will be constructed for Venezuela’s RPLC Refinery deep conversion project.

Services including the fabrication and design of the steel structures, procurement, construction, pre-commissioning and loadout will also be provided by Wison Offshore & Marine.

Wison Offshore & Marine executive vice president Dwayne Breaux said: "Wison Offshore & Marine has been listening to the needs of the market and we are very proud that the opening of the Zhoushan Yard signals the next step in our EPC capabilities, a preparedness to service everything from large module projects to FLNG and FPSO projects with this world class facility."