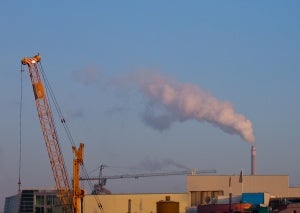 Funds and entities associated with CHAMP Private Equity have agreed to acquire a 33.2% stake in Miclyn Express Offshore from Macquarie Capital Group, for a total consideration of approximately A$199m ($207.33m).

Other existing substantial shareholders in Miclyn Express Offshore include SEA6, an affiliate of Headland Capital.

Miclyn Express Offshore said the board of directors would be restructured after the share sale agreement.

It will comprise of one representative from each of Headland and CHAMP, two existing independent non-executive directors, Neil Hamilton and George Venardos and managing director Diederik de Boer.

The company also said that although it is listed on the Australian Stock Exchange, it was incorporated in Bermuda and therefore operates subject to Bermudan law.

It is therefore not subject to certain provisions of the Corporations Act 2001. Under the terms of Bermudan law, there is no equivalent prohibition on shareholders owning more than 20% of the shares in an entity.

Miclyn Express Offshore is a provider of service vessels to the expanding offshore oil and gas industry, while CHAMP is an independent buyout fund operating in Australasia.

Repsol to Sell Interest in YPF to Lazard Asset Management, and Eton Park and Capital - Repsol’s Move to Realign its Assets Portfolio