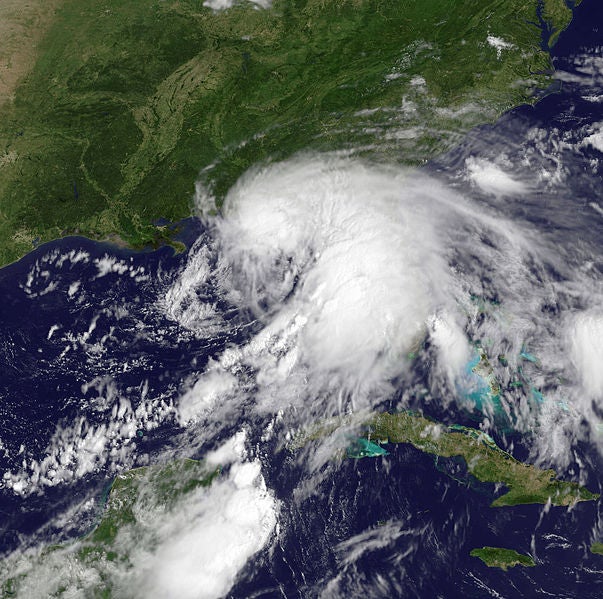 Oil and gas firms have been forced to shutdown Gulf of Mexico oil and gas production as a tropical storm hits the US.

BP said on Saturday that it had closed down eight of its offshore facilities, including the world’s largest, Thunder House, as weather experts warned that Tropical Storm Debby is brewing in the basin.

The firm said instructions had been given "to secure wells currently being drilled and to shut-in oil and gas production at BP-operated platforms until this work can be safely resumed."

BHP Billiton, meanwhile, is reported to have evacuated all of their employees from its oil and natural gas drilling platforms, Shenzi and Neptune, in the Gulf on Friday.

Today, the cyclone’s outer bands began to hit parts of Florida and Alabama, causing one death.

Image: Debby developed from a low pressure area in the Gulf of Mexico on June 23.