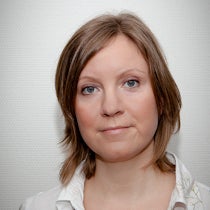 The Norwegian Oil and Gas Association have reached an agreement with trade union Industri Energi, avoiding a potential strike which could have halted energy output.

Instead, Norwegian workers are now looking over a comprimise deal that will see an increase in shift rates and holiday allowances and a 4.5% rise in wages.

Industri Energi, which represents 5,800 oil and gas service sector workers, had warned earlier that failure of the talks with producers on 24 August may have led to strike action, impacting production, which has now been averted.

Eli Ane Nedreskar, Norwegian Oil and Gas Association spokeswoman, told Platts that the union will put across the deal to its members through a ballot.

"We are very, very optimistic," said Nedreskar. "We can’t be 100% sure that there is not going to be a strike and the members have a four week deadline to give their vote. But normally when they have to vote like this, they go along with the Industri Energi leadership," she added.

Leif Sande, Industri Energi president, was quoted earlier in September as saying: "Yes, it is possible that there could be a strike," adding: "It could affect production ultimately."

The dispute was scheduled to go before a Norwegian state-appointed industrial mediator on 1 and 2 October in Oslo, which would have meant workers would have the right to strike.

In late June and early July, a previous dispute involving offshore Norwegian workers and pension claims led to a two-week strike, affecting 15% of oil production and seven percent of gas output in Norway.

Jan Hodneland, Norwegian Oil and Gas Association chief negotiator, said: "After this summer’s conflict, it was important for us to look at all possibilities, therefore we have now stretched to find a solution acceptable to both parties."