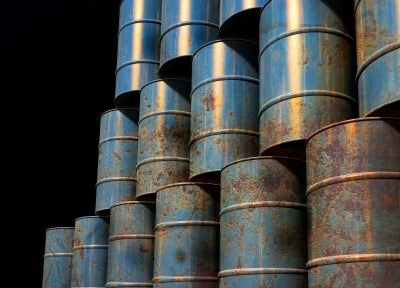 Oil prices declined today after China released its manufacturing data that pointed to a slow recovery in the second quarter, indicating a weak outlook for fuel demand in the world’s second largest oil consumer.

In China, the flash HSBC Purchasing Managers’ Index dropped to 50.5 in April from 51.6 the month before, as new export orders contracted in the country.

The PMI’s 50-point level devides growth from contraction from the previous month.

In response to China’s moderate growth, Saudi Arabia is anticipated to keep oil production steady throughout the second quarter after a 700,000 barrels per day (bpd) cut in the last two months of 2012.

In the beginning of April, the Brent benchmark dropped by ten percent from about $111 on global growth concerns.

The drop in price has increased speculation that the Organization of the Petroleum Exporting Countries (OPEC) could take a fresh look at supply during its proposed 31 May meeting, while Libya said that it would seek to increase output quota.

"In the beginning of April, the Brent benchmark dropped by ten percent from about $111 on global growth concerns."

Prices are expected to get some support due to fighting in Nigeria, one of Africa’s top energy producers, and a force majeure on its Bonny Light crude exports.

Supply is likely to increase in Africa and the Middle East with the restart of oil production in South Sudan and with European Union lifting sanctions on crude exports from Syria.

Investors will keep a close watch on oil inventories data from the US, scheduled to be released on Tuesday and Wednesday, to get a better understanding of demand in the world’s largest oil consumer.