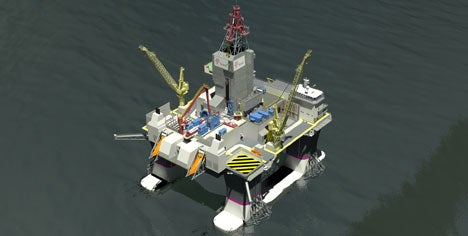 The structures are specially built to increase rig capacity for mature fields on the Norwegian Continental Shelf (NCS). They are also capable of operating in water depths of 100-500m and drilling to a depth of 8,500m.

The contract period is for eight years, with an option to extend it for 12 years for each rig.

Statoil said it would use the new units as part of its effort to improve recovery on the NCS. The company stated the importance of reducing rig costs to ensure that a better value for new discoveries.

One of the rigs would be used on the Norne, Heidrun and Asgard licences, with the second set up for year-round operations in the Barents Sea.

Songa Offshore said that Statoil has granted bridge financing for the 20% down payment to Daewoo Shipbuilding and Marine Engineering Company.

The first two units are scheduled for delivery in 2014, with the other two to follow in 2015.