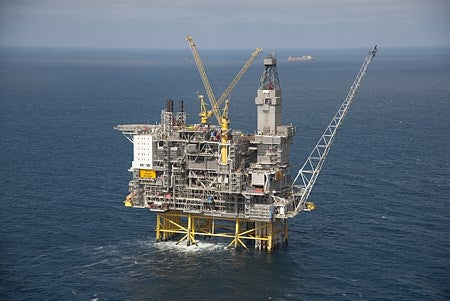 Statoil has received approval from the Norwegian Ministry of Petroleum and Energy (MPE) for the developement and operation of the Svalin fast-track project, located about six kilometres south-west of the Grane plaftform in the North Sea.

The field comprises of the Svalin C and Svalin M structures, which are equally divided recoverable reserves, estimated to be about 75 million barrels of oil.

Svalin project manager Bjørn Herdlevær said the project is one of the most profitable ventures in the fast-track portfolio of the company.

"Good cooperation internally and with the license partners has led to sound and cost-effective solutions," Herdlevær added.

The Svalin field will connect to the Grane platform, which will be the first tie-in field to the platform.

"Svalin C, discovered in 1992, will act as a subsea facility tied to Grane by a six kilometre production pipeline."

A designed well drilled from the Grane platform will produce the Wellstream from Svalin M, discovered in 2008, the company said.

Svalin C, discovered in 1992, will act as a subsea facility tied to Grane by a six kilometre production pipeline, and feature a joint processing and export solution.

The company also said that the gas compression facility on the Grane platform will be modified to handle gas from Svalin, while oil from the field will be transported together with Grane’s own production in the existing pipeline.

"Grane’s production has been declining, and Svalin will enable us to utilise available capacity," Herdlevær said.

"This will alleviate the decline in oil volumes. The expected lifetime for Grane has been extended to 2030."

Image: The Svalin field will be connected to the Grane platform. Photo courtesy of Øyvind Hagen / Statoil.

Butadiene Industry Installed Capacity and Capital Expenditure (CapEx) Forecast by Region and Countries including details of All Active Plants, Planned and Announced Projects, 2021-2025