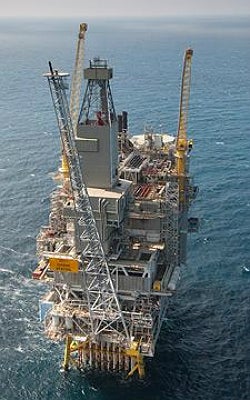 Statoil has submitted its plan to the Ministry of Petroleum and Energy for the development and operation (PDO) of the Svalin field in the North Sea.

The field, which is estimated to hold 75 million barrels of oil equivalent, has two structures, Svalin C and Svalin M, and is located in a water depth of 125m in Block 25/11.

Svalin will be tied back to the nearby Grane platform, on which the compression facility will be modified to handle gas.

The existing pipeline for storage and shipment from the oil terminal at Sture will transport oil from the Svalin development with production from the Grane field.

Svalin M will begin operations in 2013, while Svalin C’s start-up is scheduled in 2014.

A subsea production system will be provided by Aker Subsea, while Subsea 7 will be responsible for pipeline and marine operations.

Statoil is the operator of the field with a 57% stake, while Petoro and ExxonMobil E&P Norway hold 30% and 13% equity interest respectively.

Image: Svalin will be tied back to the Grane platform. Photo courtesy of: Øyvind Hagen.