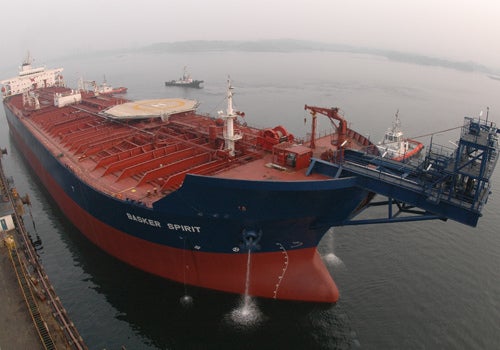 The HiLoad DP unit, which is a self-propelled dynamic positioning system, keeps conventional tankers in position when loading from offshore installations.

Under the terms of the $55m transaction, Teekay Offshore will complete the modifications required for the unit to service a new long-term time-charter contract.

Both companies have also come to terms for an omnibus agreement to acquire future HiLoad DP projects developed by Remora.

Teekay has also agreed for an investment of about $4.4m to acquire a 49.9% fully diluted ownership interest in a recapitalized Remora. The acquisition of the HiLoad DP unit, alongside the investment in Remora’s equity, is anticipated to be completed in December 2012.

"In the North Sea, we believe that shuttle tankers will continue to be the most cost effective solution, but we are seeing a need for new solutions in locations such as Brazil where cargoes destined for long-haul export are on the rise," Evensen added.

The proposed deal has obtained the consent of the Teekay Offshore board of directors and is now subject to definitive documentation and customary closing conditions, such as the formal approval by Remora’s shareholders and completion of the charter between Petrobras and Teekay Offshore.

It is expected that the unit will start its operations at the full time-charter hire rate, with the completion of modifications, delivery of the HiLoad DP unit to offshore Brazil and operational testing, in December 2013, the company said.

Image: Basker Spirit, one of the Shuttle Tankers owned by Teekay Offshore, which can transfer loads from a variety of offshore installations. Photo courtesy of Teekay Offshore.