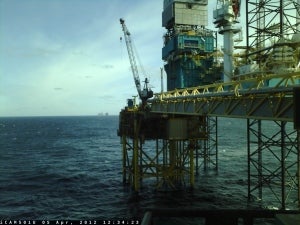 French oil group Total has successfully plugged a well from its abandoned North Sea Elgin platform off Aberdeen, which has been leaking gas for more than seven weeks.

The leak, 240km off the coast of Scotland, has cost Total around $3m a day in relief operations and lost net income.

If operations there do not restart before the end of 2012, the company will also lose $300m in terms of production, reported Reuters.

Sir Robert Smith, Member of Parliament for Aberdeenshire and Kincardine and senior member of the Energy and Climate Change Select Committee, welcomed the news but added: "There still remains the challenge of ensuring there is a permanent solution. It is clearly crucial that all lessons are learned to avoid a repeat of such an incident and that these lessons are shared with all other operators."

The well was plugged using heavy mud to suppress the gas flow, which took 12 hours. Specialist contractors are now expected to monitor the well to confirm the success of the operation.

If the operation is successful, Total will no longer need to drill relief wells as an alternative measure.

"If the operation is successful, Total will no longer need to drill relief wells as an alternative measure."

The Elgin platform was pumping nine million cubic metres of gas a day (mcm/d) and 60,000 barrels a day (bpd) of light oil from nearly four miles below the seabed.

The company is also plagued by another safety issue in Yemen and a gas leak in Nigeria. Total SA stopped a natural-gas leak in the Niger Delta region of Nigeria on 13 May.

Total said these issues are affecting its ability to meet its annual average production target of 2.5% growth through to 2015 at $100 per barrel of oil.