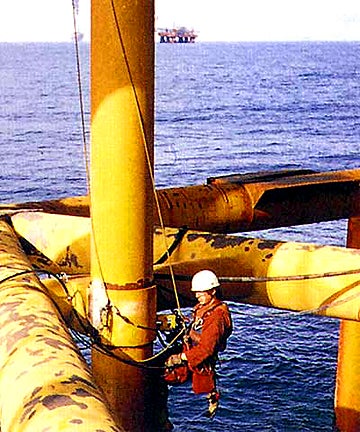 UK-based oil and gas exploration company Tullow Oil has announced that it has completed drilling of the Zaedyus-2 appraisal well (GM-ES-2), offshore of French Guiana, but has not discovered any commercial hydrocarbons.

After drilling the well five kilometres up-dip from the Zaedyus-1 well, the company found 85 metres of reservoir quality sands with non-commercial oil shows.

Drilled to a depth of 6,200 metres, in water depths of 1,894 metres, the results of drilling, logging and sampling carried out on the second well to date have shown no similarities with the Zaedyus-1 well.

Data collected from both the wells, located in the Guyane Maritime licence, with the 3D seismic data, indicates that the reservoirs are geologically separated from Zaedyus-1.

Tullow Oil now plans to commence drilling of Priodontes-1, the second well in this four-well programme during December, to target an adjoining prospect within the same Cingulata fan system.

Tullow Exploration director, Angus McCoss, said the drilling at the Zaedyus-2 well helped the company obtain crucial data required for future exploration activities on the Cingulata fan system, even though it ended up encountering non-commercial reserves.

According to the company, the results from Zaedyus-2, which is up-dip and disconnected from Zaedyus-1, will have no impact on the large undrilled area located downdip of Zaedyus-1.

Shell is the operator of the Guyane Maritime licence with a 45% stake, while Tullow and Total hold 27.5% and 25% respectively, with the remaining smaller share of 2.5% being held by Northpet. Previously, the company deployed a Stena DrillMax drillship to drill the Zaedyus-2 well.