In Paris, 2015, world leaders confronted the inconvenient truth of a polluted world, and the need to end pollution by 2050. In the six years since, governments and companies have dodged, erred, and under-performed in the need to reach net-zero emissions.

The inevitability of decarbonisation has only just started to sink in with many oil companies. Meanwhile, the facts of climate change glare ever more viciously at those who still do not understand. 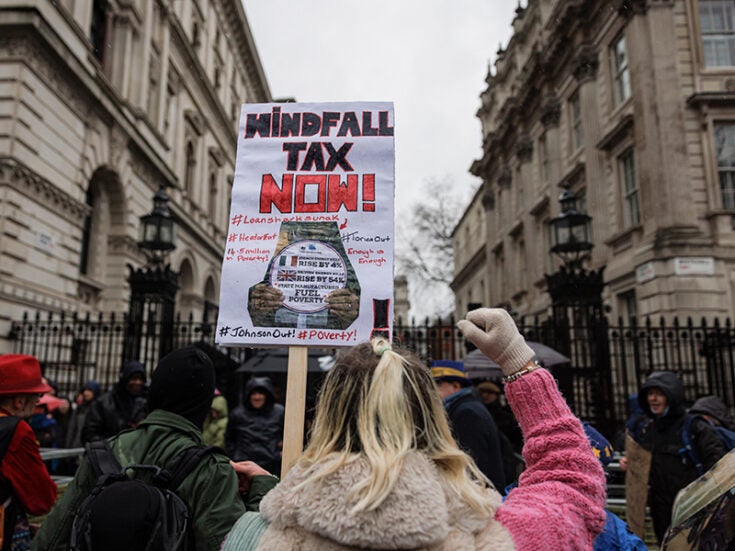 What are scope 3 emissions?

The scopes of emissions were created to clarify the difference between pollution you make and pollution you cause, and the importance of taking responsibility for both.

In creating a barrel of oil, any pollution you directly make in pumping and transporting the oil counts as the most immediate category, scope 1. In pumping the oil, you will have used electricity and heating likely not generated by you, and emissions from the creation of this energy count as scope 2.

Unless your company also makes barrels, emissions from creation of the oil barrel would count as scope 3. Distributing the end product would also create scope 3 emissions, alongside disposing of waste. Several other factors, such investments in emitting companies, also count as scope 3.

The largest source of scope 3 emissions would come from the oil itself, and the emissions created in its use. For companies selling an inherently polluting product, scope 3 emissions are unavoidable. As a result, the oil and gas industry has remained wary of reporting scope 3 emissions, and targets for cutting them have remained relatively weak.

The difficulty in calculating scope 3

Earlier this year, the American Petroleum Institute issued its first template guidance on greenhouse gas reporting. The guidance document contained sections on how to estimate both scope 1 and scope 2 emissions, but only mentioned scope 3 in a footnote.

This footnote states that scope 3 “…is a category of greenhouse gas emissions that API member companies are still discussing in terms of suitability for this template. Estimating greenhouse gas emissions beyond a company’s direct operations involves an increased level of complexity, assumptions, and uncertainty, and should therefore be considered carefully”.

The API continued to say that it was working with a partner to form consistent guidelines on scope 3 reporting. Five years before this, the organisation produced an overview of the various factors to consider in calculating scope 3 emissions. These documents mark the only appearance of the words “scope 3” on the API’s website.

Individual companies rarely set goals for scope 3 emission reduction, and with good reason. The answer to reducing scope 3 remains as unclear as the question of how to calculate them. Making products designed to be burned means companies must accept that some scope 3 emissions cannot be avoided. This makes large investment in carbon sinks necessary to achieve net zero.

ExxonMobil claims that scope 3 emissions also “do not provide meaningful insight into the company's emission-reduction performance”. It also says scope 3 figures “could be misleading in some respects”.

It explains: “For example, increased natural gas sales by ExxonMobil that reduce the amount of coal burned for power generation would result in an overall reduction of global emissions but would increase scope 3 emissions reported by the company.”

Several companies also have concerns over the noteworthy cost of collecting and assembling such information. Sharing emissions data along supply chains remains rare, and categorising these emissions presents a very real question to auditors. Several standards for scope 3 emissions reporting and targeting exist, but the lack of uniformity and transparency often makes statistics incomparable.

“Support for emissions disclosure has spread around the world”

Nobody can cut emissions without first understanding them. Scope 3 emissions may be difficult to define, but definitions are irrelevant when no emissions data is collected in the first instance.

As a whole, the idea of emissions reporting has not delighted oil and gas executives. Even on the simplest scope 1 fronts, companies remain reluctant to publish statistics. Companies such as TotalEnergies and BP do, but often without clarity over the source of emissions, and no project-level data at all. Even these companies, both in Western Europe with similar finances, have little comparable data in common.

But both produce emissions data as a result of emission reporting laws passed in France and the UK. These countries join Japan and New Zealand in mandating emissions disclosures in line with recommendations from the Task Force on Climate Related Financial Disclosures (TCFD).

Three of these countries make up part of the G7 Group of nations, which this year called for compulsory emissions reporting globally.

More than 1,000 companies in several countries have now supported TCFD recommendations. Responding to the G7 summit, US entrepreneur and political figure Michael Bloomberg said in June that “support for the TCFD framework has spread around the world”.

He continued: “Risk disclosure empowers and incentivises companies to act and drives more capital to those that are helping to lead the way – and the more countries that make disclosure mandatory under a shared international framework, the more useful that data becomes in fighting climate change, creating jobs, and building a stronger and more resilient economy.”

However, even G7 countries do not mandate scope 3 reporting. It should be noted though, that earlier this year Shell was ordered by a court in the Hague to cut its greenhouse gas emissions 45% by 2030 from 2019 levels, including scope 3 emissions.

Those for emissions reporting, and those against

Ironically, the finance sector has become one of the big backers behind enhanced disclosures. In anticipation of decarbonisation and regulation to encourage it, financial institutions now see polluting investments as risk.

In an analysis, professional services firm EY Global climate change leader Mathew Nelson wrote: “In the future, regulators and capital markets will be unlikely to accept that companies have performed an accurate risk or opportunity assessment without carrying out a robust level of [emissions] scenario analysis.

“To satisfy their stakeholders, organizations should be able to articulate the relative size and time frame around physical and transition risks in their geography and industry, ideally constructing worst case, base case, and most likely case scenarios.”

A report by EY Global stated that the TCFD framework had provided a “clear preferred disclosure framework” for nations to build reporting laws around.

It later stated: “Eventually, as has already occurred in the UK, mandatory climate-related financial reporting is expected to expand to a broader set of entities, including all sectors and unlisted companies. Stronger disclosure requirements may lead to a more accurate reflection of climate-related risks and opportunities, enabling investors to make more informed capital allocations.”

Accountancy firms such as EY Global and PWC encourage greater emissions disclosures, partly because they can charge companies for emissions auditing.

They face opposition from several industries, such as the mining industry. Here, full accounting of emissions would increase the footprint of the largest companies by up to 47 times. For oil and gas, this figure could be far larger.