Blockchain projects need to demonstrate their effectiveness in addressing the needs of multiple stakeholders to ensure everyone is motivated to use the solution.

Listed below are the key macroeconomic trends impacting the blockchain theme, as identified by GlobalData.

The pandemic has underlined the vulnerability of traditional supply chains and highlighted the need for secure, trusted data sharing, providing blockchain with the use cases it needs to accelerate adoption. It has also accelerated digital transformation. Businesses have an abundance of technologies and priorities to evaluate, so only blockchain projects with a clear business case and quantifiable outcomes are considered. This is helping the perception of blockchain as a solution that can provide tangible benefits.

Consortia have become a low-risk way for enterprises to work together on blockchain technology. The value of blockchain lies in its participants and the extent to which they commit to the platform. Large technology vendors and system integrators are, therefore, creating consortia. These can be organised vertically, bringing industry players together to improve specific use cases like settlements, or horizontally by creating solutions that support multipurpose use cases based on technical standards, such as reusable blockchain protocols. 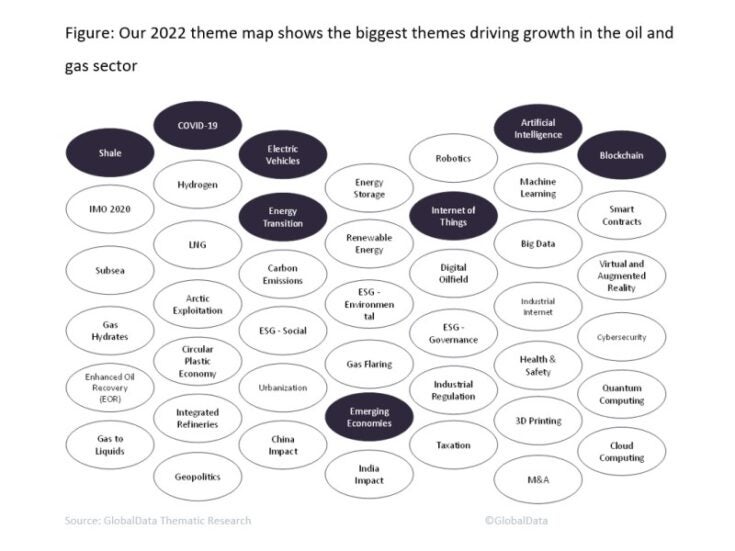 Outlook for top oil and gas themes in 2022 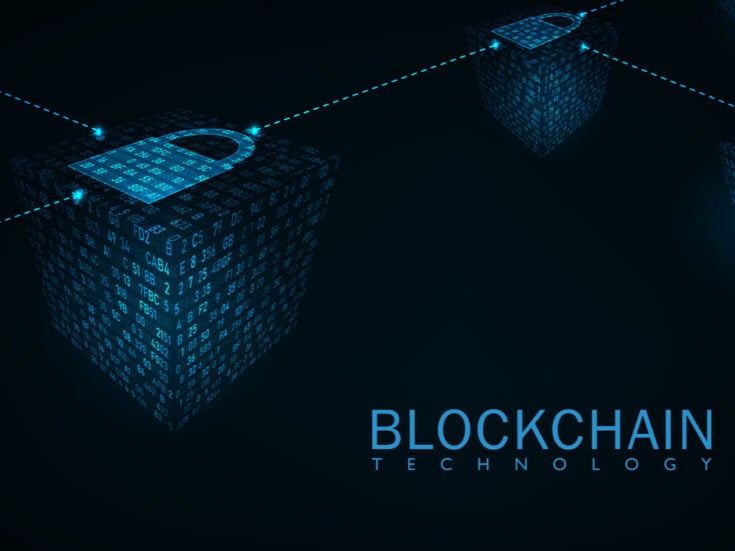 Some consortia cover both types of activities, like R3. All these initiatives represent progress toward creating a network and ecosystem where industry competitors and other stakeholders can dramatically improve the processes they use to conduct business across the industry value chain.

Given the number of blockchain networks in production, these networks will increasingly be required to connect and interact to expand their use and offer new services, creating networks of networks. Forming larger networks built on the same blockchain protocols is a natural starting point. The Hyperledger Fabric-based trade finance consortia we.trade, consisting of 16 European banks, and eTradeConnect, consisting of 12 Asian banks, are collaborating to facilitate trade between the two regions.

eTradeConnect has also completed a proof-of-concept with CargoSmart, a shipping management solution provider that founded the Global Shipping Business Network (GSBN). The collaboration links supply chain data with trade finance transactions. Blockchain networks with different but related use cases are a logical extension that will create value for all parties.

A government-backed blockchain infrastructure initiative called the Blockchain-based Service Network (BSN) was launched in 2020 in China. It aimed to make blockchain a part of the country’s digital infrastructure and encourage the global development of next-gen decentralised applications (dapps) while maintaining control at home. The launch occurred a few months after President Xi Jinping highlighted the importance of using blockchain to complement the rising economic importance of big data and internet of things (IoT). The BCN supports both permissionless and permissioned blockchains. Permissionless services will only be available on BSN International due to regulations in China.

The BCN integrates several blockchain protocols, including Ethereum, Tezos, Quorum, EOS, Cosmos, and Polkadot. China is also expected to become the first major economy to introduce a digital currency. Its digital yuan aims to replace some of the cash in circulation and extend the influence of its currency. China has started real-world trials for its digital currency in several cities, including Shenzhen and Chengdu.

The nascent nature and complexity of blockchain has resulted in a lack of skilled talent, creating a barrier to executing blockchain initiatives. The talent shortage has also caused a boom in blockchain salaries. The average salary for a blockchain developer in 2020 was around $150,000, according to Hired, an online jobs site, which is significantly more than what an average software engineer earns.

Universities have started to offer courses in blockchain, and the number of self-directed options, such as those offered by Coursera and Udacity, are increasing. However, it will take time before people studying blockchain become available for work. Companies are meanwhile focusing on developing in-house expertise and developing tools and libraries that help non-specialists incorporate blockchain into their applications, contributing to the strong demand for BaaS.