Kuwait and Saudi Arabia have resolved their dispute over the so-called Neutral Zone, which is shared by both countries, clearing the way for oil and gas production to resume in the region.

Kuwaiti foreign minister Sheikh Ahmad Nasser al-Mohammad al-Sabah and Saudi Minister of Energy Prince Abdulaziz bin Salman have signed agreements to resolve the dispute, according to a statement released on state news agency Kuna. The Khafji and Wafra oil fields are both located in the Neutral Zone.

US oil company Chevron, which jointly operates the Wafra field with the Kuwait Gulf Oil Company (KGOC) on behalf of Saudi Arabia, said it expects the field to return to full production within 12 months.

Neutral ZoneProduction was halted at the Khafji field in October 2014. 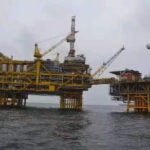 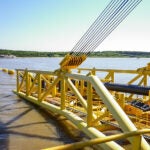 The stoppage was officially blamed on technical problems, but many industry insiders blamed political differences between Saudi Arabia and Kuwait.

Wafra field production stopped in May 2015 as contractors struggled to secure work and equipment permits.

Halting output from Khafji and Wafra cut about 500,000 barrels a day (b / d) of production, about 0.5 per cent of global oil supply.

Restarting oil activities in the Neutral Zone, could add hundreds of thousands of barrels a day to global production and revive projects worth billions of dollars.