GlobalData’s latest report, ‘Global FPSO Industry Outlook, 2022-2027’, indicates that a total of 66 planned and announced floating production, storage and offloading units (FPSOs) are expected to start operations during the outlook period of 2022 to 2027. Of these, 29 represent the number of planned FPSOs with identified development plans and 37 represent the number of early-stage announced FPSOs, which are undergoing conceptual studies and are expected to get approved for development.

South America remains on the top, with 31 planned and announced FPSO additions during the outlook period of 2022-2027. Africa and Asia rank next, with 14 and ten FPSOs, respectively.

Among countries, Brazil continues to lead globally in planned and announced FPSO additions, with 26 FPSOs during the outlook period, followed by the UK with five FPSOs. Guyana and Nigeria rank third with four FPSOs each. 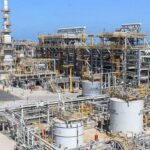 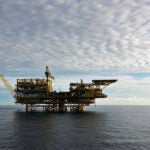