The Maritime Link is a 500MW HVDC connection that will transport clean, renewable and reliable electricity from Newfoundland and Labrador to Nova Scotia and other energy markets in Canada and the north-eastern US. For the first time in its history, the island of Newfoundland will be connected to the North American transmission system. The Maritime Link will also provide Nova Scotia with new access to clean renewable energy to offset coal fired generation and meet more stringent Canadian emissions requirements.

With an impressive portfolio of HVDC cable connections completed in Europe, this will be Nexans most significant project in North America to date. To cross the Cabot Strait between the island of Newfoundland and Nova Scotia, the HVDC subsea cables will be installed at sea depths up to 470m by Nexans’ own cable ship, the C/S Nexans Skagerrak. The cables will be protected on the seabed by trenching using Nexans’ own CapJet system and rock installation.

"We are delighted to be a part of the Maritime Link Project and to have been awarded the turnkey contract to deliver the Cabot Strait cable connection which is a very high profile element of a major new energy development in Eastern Canada, especially as we are already working on a current contract for the same project, awarded by Nalcor Energy in 2013, to create the Strait of Belle Isle link," says Dirk Steinbrink, Nexans’ Executive Vice President High Voltage & Underwater Cables Business Group. "This further reinforces Nexans’ position as a global leader in the power interconnection sector with an unrivalled track record of well over 3,000km of subsea cables in operation." 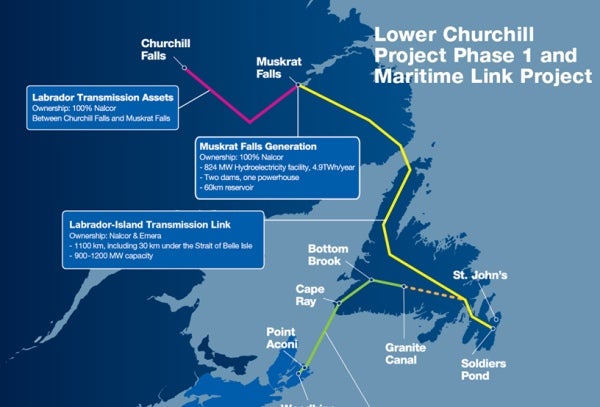