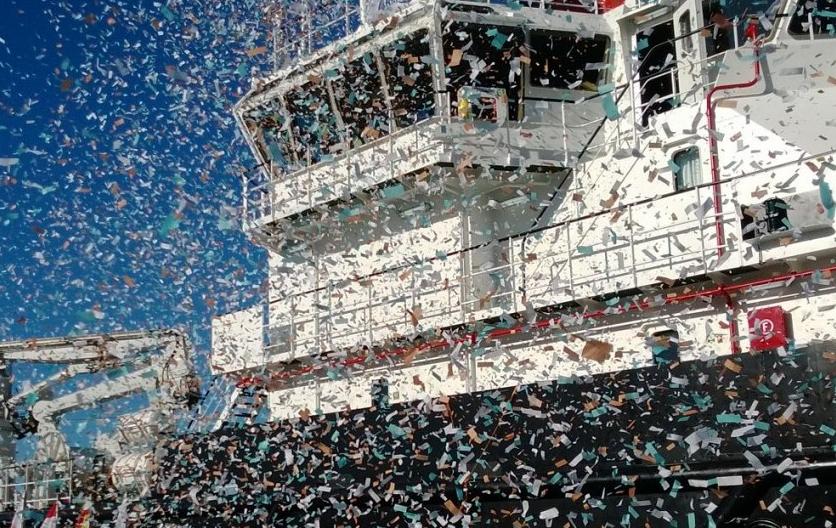 Both Kolga and Bylgia were designed and built by Astilleros Armon Vigo, S.A. to replace HMC’s aging tugs, Husky and Retriever, who were both in service for more than 30 years. Both new tugs are equipped with a retractable bow thruster and have DP2 capabilities. With a length of 72m and a width of 18m, the fully custom-built tugs are larger than the Husky and Retriever.

Each tug has a bollard pull of 202tonnes and can hold up to 2500m3 of fuel, sufficient to sail directly from Rotterdam to Cape Town, South Africa. The anchor winch capacity is able to install anchors in water depths of up to 1500m. Each tug has accommodation for 40 people.

Kolga’s first task will be to tow the Thialf from Africa to the Gulf of Mexico.

Heerema Group, a market leader within the offshore industry, is focused on the design, fabrication, transportation, installation and removal of offshore facilities.