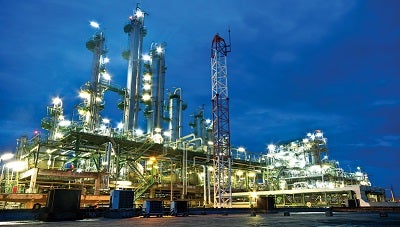 Intergraph® Process, Power & Marine (PP&M), part of Hexagon and the world’s leading provider of enterprise engineering software to the process, power and marine industries, today announced the new version of its next-generation 3D design solution, Intergraph Smart™ 3D 2016, will be available later this year. The announcement was made during the Intergraph Smart 3D Product Update at HxGN LIVE, Hexagon’s international conference being held at the Anaheim Convention Center.

Here are some of the key features users can look forward to in the new version of Smart 3D:

Linde head of engineering Ralf Bellaire said: "We are very much looking forward to what we will see in the new version (of Smart 3D). From the graphic user interface, increased stability and improved model data reuse, we are looking forward to applying the enhancements in upcoming projects."

Intergraph PP&M design and visualisation vice-president Tom Szoka said: "Smart 3D 2016 is the culmination of 2.5 years of development and is the most feature-rich release we’ve ever done. Clients will see greater end-user and administrative productivity and performance across the board.

"Particularly exciting are the enhancements around our core functions of pipe, electrical and HVAC design, data-reuse and the ability to use 3D Interop models in Project/As-built scenarios."

Unstructured information continues to expose operations and engineering companies to unnecessary cost, risk, delay, and hazard. This paper highlights the challenges in collating, organizing and...

A Game Changer for Project Execution

Owner-operators within the offshore sector are confronted with the challenge of implementing capital projects on a larger scale than ever before, while being equipped with...