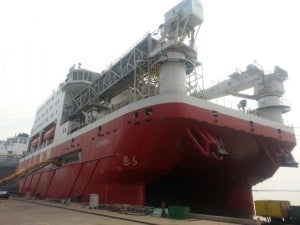 At a ceremony held on the quayside, the vessel was formally handed over to Gran Energy, who took the opportunity to perform the official naming of the vessel, now known as CSS OLYMPIA. The vessel was adopted by Clarice Garcia as the Godmother.

Two further CSS accommodation variants are currently under construction. CSS VENUS and CSS THEMIS are due for delivery later this year.