Alandia Engineering Group carries out electrical refitting, conversions and new-buildings in all areas and systems of floating marine structures. 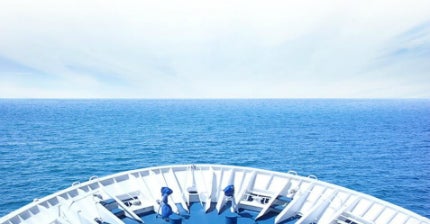 Alandia Engineering Group carries out electrical refitting, conversions and new-buildings in all areas and systems of floating marine structures.

With an experienced, professional organisation and network of credible subcontractors and suppliers, Alandia Engineering can take full responsibility on an electrical turnkey basis (EPC) for every aspect of any marine project around the world.

Alandia Engineering operates globally through a group of companies and networks dedicated to serving customers in areas such as:

Alandia Engineering will oversee the completion of electrical turnkey projects in the marine industry.
The company carried out complete repair works to the electrical systems onboard the Acergy Falcon after it was ravaged by fire.
Alandia Engineering provided turnkey installation services, including all mechanical and electrical works, for Allure of the Seas and sister ship Oasis of the Seas.

Alandia Engineering provides a complete range of services for offshore applications, including:

The company was awarded two turnkey contracts for vessels Allure of the Seas and sister ship Oasis of the Seas, which was at the time the largest and most innovative cruise ships in the world.

One covered seven electrical substations and the other machinery consisting of three converter rooms, including one IT UPS room. The total surface area of all spaces covered approximately 2,000m².

For this project, Alandia supplied mechanical and electrical design, manufacturing of prefabrications, installation of all equipment, piping, HVAC, insulation and all electrical works, including high-voltage connection. This work took approximately 80,000 man hours.

Both contracts were successfully delivered on time, without any issues and in excellent condition.

Alandia Engineering successfully completed the fire repair works onboard Acergy Falcon in Brest, France, in July 2010 after 115,000 hours of work.

We supplied manpower for cable removal and installation, including design and delivery of all cables and necessary installation materials.

The company replaced the following systems:

We also carried out re-commissioning of the Kongsberg systems in cooperation with Kongsberg Maritime.

In addition, considerable work was carried out in the accommodation areas, and Alandia also provided safety technicians, who gave invaluable support to the Acergy Group HSE team.

A collaboration between Kongsberg Maritime and Alandia Engineering saw the complete installation and commissioning of an integrated bridge and automation solution during a large-scale retrofit of the Saipem 7000, took place in Stavanger and Rotterdam between October 2012 and March 2013.

Kongsberg Maritime installed a significant package consisting of the latest generation of its offshore product line, including K-Pos, K-Bridge, K-Thrust, and K-Chief 700.

The automation segment of the retrofit included the upgrade of 60 field cabinets and more than 30 new consoles for the engine control room and bridge area, which introduced Saipem 7000 to the latest monitoring, control and power management possibilities of Kongsberg Maritime’s established offshore automation solution, K-Chief 700.

In addition, the existing network was upgraded to include fibre-optics, with 35,000m of new cables installed in total. The integrated control system consists of approximately 10,000 I/O signals, which enables the operator to monitor and control Saipem 7000’s 12 engines and 12 thrusters, including auxiliary systems.

Additional work of the company includes:

The company was established in 1986 by Magnus Koroleff in Finland as a one-man operation, specialising in galley and provision store deliveries to the marine industry.

In 1993, the company started developing marine electrical engineering, procurement and construction for passenger and cruise market mainly in the Baltic Sea area and South East Asia.

In 1998, the company started servicing shipyards in the cruise ship new build sector and entered the North American cruise market in 2000.

Since 2008, the company has offered services to the oil and gas offshore sector globally and opened an office in Brazil in 2013.

For more than 25 years, the company has grown into an international business, specialising in electrical solutions and installations for the marine industry with subsidiaries in six locations worldwide, employing more than 80 people.