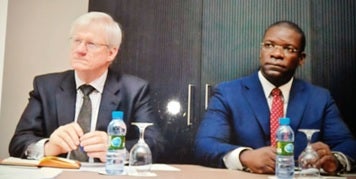 A total of 51 attendees, at CEO / MD level were drawn from all the major oil and gas industry players in Angola.

The workshop was opened by the Angolan Minister of Petroleum, and included keynote addresses from a range of speakers including the Board of SONANGOL. Break-out sessions brought out important and positive suggestions for collaboration and efficiency improvements.

In his remarks, the minister of petroleum stated that: "…. oil and gas players in Angola just have to work with companies like EM&I …."

Pat Lawless commented: "I am pleased we achieved what we set out to do for Angola’s oil and gas industry, and that we had the opportunity to show how EM&I’s disruptive technologies can make a positive difference to an economy that is dependent on production efficiency to grow in the current challenging economic environment."

For further information about EM&I, please visit our website.

The majority of floating offshore assets are required to undergo periodic surveys at two-and-a-half and...

EM&I was invited to speak about its portfolio of innovative solutions for the global asset...

UK-based asset integrity specialist EM&I is pleased to announce that the Hull Inspection Techniques and...

Asset integrity solutions specialist EM&I is pleased to announce that the company has been unveiled...