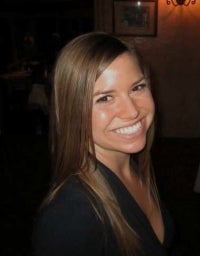 Company President Caroline Reese explained that APP became certified as a Woman-Owned Business through the Women’s Business Enterprise National Council (WBENC) during the fourth quarter of 2013. One of the most selective organizations of its kind, WBENC is widely recognized and respected. The WBENC certification assures that a company is at least 51 percent woman or women-owned. Additionally, APP secured status as a Historically Underutilized Business (HUB) through the State of Texas, and Reese completed the Goldman Sachs 10,000 Small Businesses business education and mentoring program last year.

The untimely passing of Reese’s father and APP founder, Jon Carr, in 2011 ushered in a new era at APP. Caroline assumed ownership and the role of President of APP in December 2012, along with her husband Matthew, acting VP COO. In early 2013, APP relocated to a newer, larger corporate facility that accommodated additional warehouse space for its manufacturing and inventory departments. The physical plant expansion has enabled APP to increase its production capabilities and deliver superior, value-added products and services.

"I am honored that APP has been certified as a Woman-Owned Business Enterprise. My team and I are eager to expand into new markets, and we are poised to capitalize on the many opportunities all of the new certifications will afford our company and our customers. Aligning with national diversity programs will enable APP to pursue and support projects with some of the most prestigious companies in the oil and gas industry," Reese commented.

The Extreme Costs of Corrosion

How costly is corrosion? The economic impact of corrosion is far greater than most people...

The New Face of APP Online

After months in development, we are proud to finally announce the launch of our new...